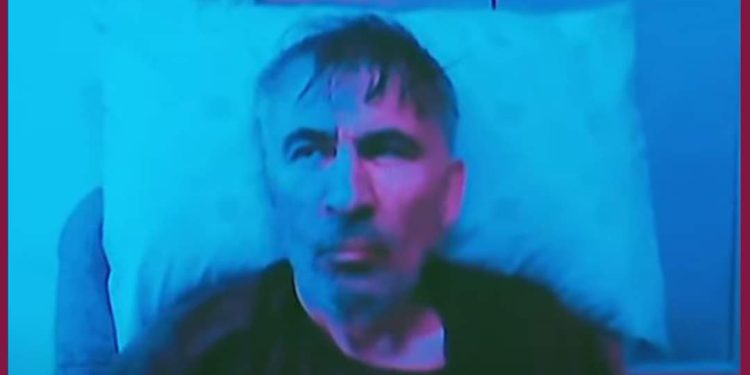 More than 130 former high political and administrative officials call on the Georgian authorities to send Mikheil Saakashvili abroad for treatment.

As stated in their appeal, the death of President Saakashvili by torture will have extremely harmful internal and external political consequences.

According to their assessment, the fatal result will not only deepen the current polarization in the country, but also destroy the chance of overcoming it in the near future.

The fourth president of Georgia, Giorgi Margvelashvili, spread the above appeal.

“The evaluations of both the medical council created by the Public Defender of Georgia and the independent group of American medical experts confirm that the life of President Mikheil Saakashvili will not be preserved in Georgia and the process will end with death by torture.

We are not discussing the issue of President Saakashvili’s guilt. We are saying: the death penalty is prohibited by the Constitution, as is torture, inhuman and degrading treatment. The same is stipulated by the international norms recognized by Georgia. Death by torture of President Saakashvili, like any prisoner, is a crime and contradicts the international obligations of Georgia. In addition, since president Saakashvili is under the effective control of the Government, the responsibility for violating his dignity, life and health lies with the state authorities.

President Saakashvili’s death by torture will have extremely harmful internal and external political consequences for Georgia. The fatal outcome will not only deepen the current polarization in the country, but also destroy any chance of overcoming it in the near future. It should be taken into account that the Georgian society has not yet recovered from the trauma of the violent death of the first president.

The questions will deepen in the international community as well: whether Georgians are on the list of nations that respect the principles of the rule of law and are capable of peaceful democratic change of government and coexistence without political persecution.

And finally, a historical process is taking place in Europe today – the heroic struggle of the Ukrainian people against Russian aggression. What will be the historical verdict against us, if the Georgian state, in these historical days, kills Mikheil Saakashvili, Putin’s “personal enemy”, by torture in prison?

According to the conclusion of highly qualified commissions, leaving President Saakashvili in his current state is an act of torturing him, which is illegal, a crime and a gross violation of internationally recognized fundamental rights, which will irreversibly damage the country’s stability, international image and our historical perspective.

Therefore, regardless of political differences, we should not be dragged into the vortex of revenge; We, the citizens of Georgia, should not allow President Mikheil Saakashvili to die by torture. He should be sent abroad for treatment immediately. This is correct based on the principles of history, political expediency, humanism and civility. I urge you to unite for this purpose!” reads the appeal.

In addition, the appeal reviews the conclusions of various medical experts regarding the state of health of President Saakashvili.

“More than 130 former high political and administrative officials joined this statement. Collection of signatures continues. Anyone wishing to sign can contact any of the signatories and add their signature,” reads the information.