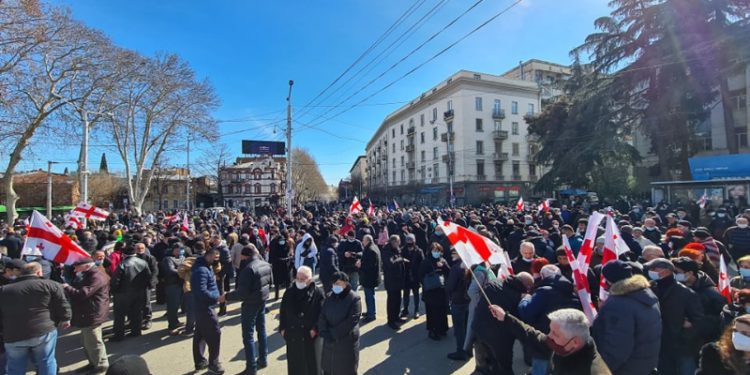 Prior to the protest rally scheduled for 15:00 today in front of the Parliament, opposition parties and their supporters are holding a ‘March for Freedom’ along Tbilisi’s central Rustaveli Avenue.

Mamuka Khazaradze, the leader of the opposition ‘Lelo for Georgia’ party, noted that they are expecting more supporters from regions to join today’s demonstration.

Leaders of opposition parties will address protesters gathered outside Parliament at 15:00. In addition to political statements, the opposition will also announce their action plan.

They also plan to set up more tents on Rustaveli Avenue. In addition, the protesters plan to move to the government administration building and express their protest there.

The opposition parties have been holding rallies in the capital since the detention of opposition leader Nika Melia.

Related Story: The Opposition Will Hold a Protest March Today