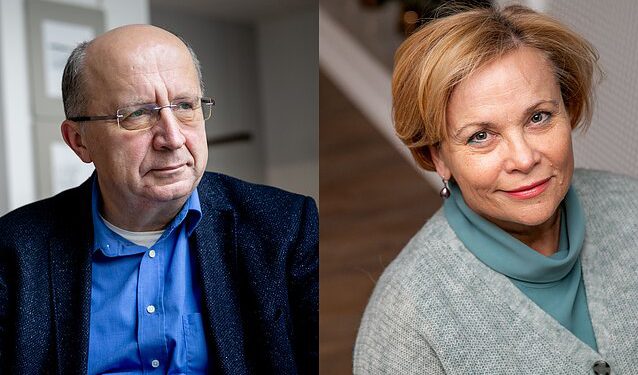 Members of the European Parliament Andrius Kublius and Rasa Jukneviciene this week released a letter addressed to the Georgian people. Here it is presented, unchanged:

“In mid-June, the European Commission will come out with much-awaited recommendations on EU candidate status for Ukraine, Moldova and Georgia. Then, at the end of June, the governments of the EU Member States will take the final decision in the European Council. The outcome of this process is difficult to predict. With this open letter, we want to encourage Georgian political powers and the Georgian people not to be disappointed in case the result is less optimistic, but instead, to finally join forces for common work to bring Georgia to the EU.

For a long time, Georgia was at the forefront of the path towards EU integration. A few years ago academic analyses showed that Georgia was the best-prepared country, even if evaluating not only EaP countries but assessing the Western Balkans also. However, today the prevailing perception in the European Union, and the European Parliament, is that the situation in Georgia has deteriorated in the last couple of years. Despite many warnings, the current Government did not do a proper job to maintain Georgia at the forefront of EU integration. This also made the work of friends of Georgia in the EU and USA much more difficult.

As a result, looking with outsiders’ eyes, the picture is rather bleak at this time. The oligarchization and consequently polarization in Georgia remains high and concentrated in the hands of one person who is not accountable to the people through democratic elections. Moldova, for example, had similar issues with Plakhotniuk and Dodon, but it has managed to address them through the process of democratic elections. The former President of Georgia is jailed. You all may remember how Ukraine’s rapprochement with the EU was affected when former Prime Minister Yulia Tymoshenko was imprisoned and one can draw conclusions on the solution. Regretfully, despite the unprecedented EU’s highest-level efforts to help solve the political impasse in Georgia and move the pro-European agenda, the “Charles Michel Agreement” has not been implemented until now. Moreover, just as the Commission started drafting the recommendation on EU candidate status for Georgia, a sentence was issued to the owner of a media outlet critical of the Government, adding yet another dark mark to the picture of Georgia.

In addition, the Georgian ruling party’s position on Ukraine and EU sanctions on Russia in the background of Russia’s war of aggression against Ukraine is difficult to understand. Ukrainians are defending not only their territory and homes, but also democracy, freedom, and European values, which are important to Georgia too. Ukraine merits unwavering support from every one of us and a simple understanding that Ukraine, as an icebreaker, is also opening the doors towards candidate status for Moldova and Georgia. We know that the Georgian people think so too.

All in all, sometimes we cannot help but think that somebody in the ruling circles in Georgia is actively doing everything to stop Georgia from joining the EU. If they succeed, this will be a terrible loss not only for Georgia, but also for the EU, and big win for Putin’s regime.

The European Commission is always taking into account the whole picture when evaluating the readiness of an applicant country. Respect for democracy, rule of law and human rights is as important as the legal and economic alignment with the EU acquis. The political criteria of EU accession are very attentively scrutinized. There are clear historic examples when non democratic tendencies in an applicant country have been not only strongly criticized by the EU, but have also put on hold its EU accession.

This happened with Slovakia’s EU bid under Prime Minister Vladimir Mečiar. Mečiar’s power grab and poor record of human rights in Slovakia resulted that in 1997 the country did not get the invitation to join the group of Central-Eastern European states to start the accession negotiations with the EU, due to a democracy deficit. At that time, the absolute majority of Slovaks were strongly supporting their country’s membership in the EU. However, the popular support alone is not enough for accession. Democracy, human rights and rule of law must be sufficiently rooted in an applicant country to start the negotiations process. Only when Mečiar lost the elections in 1998 did the process of catching up with the 1st accession group begin. The new Government led by Mikulaš Dzurinda had a very difficult task to mend the tarnished international image of Slovakia and prove that all faults of Mečiar’s era were being fixed. They succeeded, and Slovakia is a successful EU Member State since 2004.

Granting EU candidate status is not a matter of convincing us, friends of Georgia, with words; it is a matter of real commitment and a united effort that has to be demonstrated by the Government, the political opposition, and the people. The Georgian Government must realize that the solution to Georgia’s problems is in Tbilisi, not in Brussels. If this challenge is too big for this Government, there are democratic ways to pass it over to others, without grabbing onto the chairs at all costs. On the other hand, the opposition parties must also find the strength to rise above separate issues and propose a credible strategy of European integration to the people of Georgia and to show a credible leadership, which is needed for such a task.

If not, it may come to a point where the people of Georgia will have to decide what they choose – the current political structure with B. Ivanishvili and the Georgian Dream leading the country, or the European future of Georgia.”