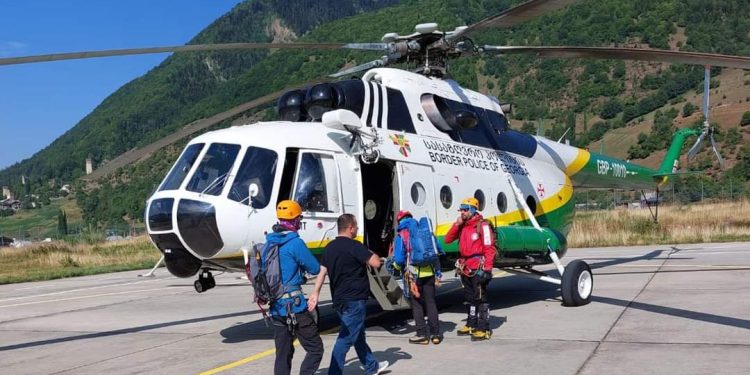 One of the 6 foreign tourists stuck on the Tetnuldi peak has died.

Rescuers had been trying to rescue him for several hours. His body has already been taken to Mestia.

Regarding the rest of the tourists, 2 of them are injured and the health condition of the other 3 is satisfactory. The 2 injured tourists were brought to Mestia by helicopter, where they received first aid.

A rescue helicopter was used to help the foreign tourists stuck on the peak of Tetnuldi. Foreign tourists had been stuck on Tetnuldi peak due to bad weather for two days.

The information spread by the emergency management service reads that the rescue operation continues to help the remaining 3 tourists stuck on Tetnuldi peak.