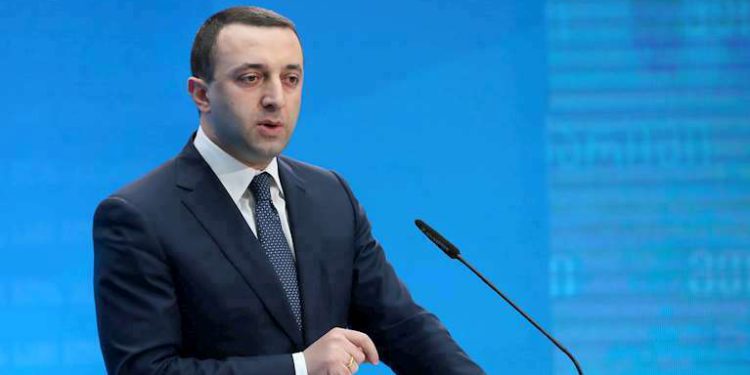 “We are, of course, a hospitable country, but the insulting statements of such guests are completely unacceptable to us and mean absolutely nothing to me personally and to my team.” Nominee PM Garibashvili

“We are, of course, a hospitable country, but the insulting statements of such guests are completely unacceptable to us and mean absolutely nothing to me personally and to my team,” Irakli Garibashvili, the candidate for Prime Minister of Georgia, responded to the recent statements made by the Chair of the Lithuanian Committee on Foreign Affairs, Žygimantas Pavilionis.

Speaking at a meeting of the Georgian Dream faction, Garibashvili said that the statements made by the Lithuanian MP were unacceptable to a sovereign country, and called on Pavilionis and the representatives of the “destructive opposition” to stop making such statements.

The Lithuanian MP said that he believes the parties should unite in Georgia “before it is too late.” He said it would be too late when tanks of “one of the countries” reappear in the streets.

“Unite now, before it’s not too late – it will be late when you’ll see tanks in your streets, the problem is that Russians don’t need tanks today; you are fighting with each other yourself, that’s the biggest gift for Putin to give, stop it, please!” he told the Georgian government and opposition after the recent meeting with his Georgian counterpart, Nikoloz Samkharadze.

The Chair of the Lithuanian Committee on Foreign Affairs believes the “transatlantic community of democracies, US Secretary of State Antony Blinken, should focus on the aggressive, autocratic tone and possible actions against the leader of the Georgian opposition Nika Melia.” 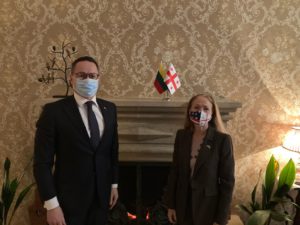 Melia spent the past few few days in the UMN head office in Tbilisi. Together with him, other opposition politicians also stayed in office and expressed their willingness to physically protect him from the law enforcers who were expected to arrive and arrest him following the relevant court decision of February 17.

However, on February 19, following the resignation of Prime Minister Gakharia, the Ministry of Internal Affairs postponed the execution of the decision.

Georgian Interior Minister Vakhtang Gomelauri vowed on Sunday that the Ministry of Internal Affairs is working on the enforcement of the court decision.

Related Story: Nika Melia: I’m Going to Leave the Party Office, Nothing Can Stop Me