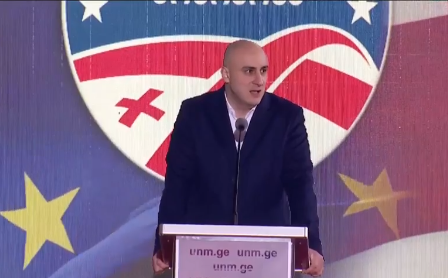 Nika Melia was officially approved as the chairman of the party at the congress of the United National Movement on Sunday. The need to elect a new chairman has been on the agenda since Grigol Vashadze resigned from the post.

Prior to the official approval of Nika Melia as the Chairman, remote voting was held with the participation of 20,779 people. Nika Melia received 64.9 percent of the vote (13,491 votes), while another presidential candidate, Levan Varshalomidze, received 35.1 percent (7,288 votes).