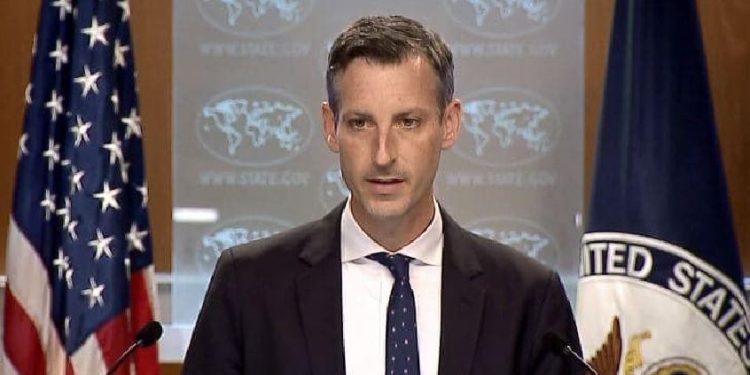 “Ambassador Degnan has our full support. Disinformation and personal attacks on Ambassador Degnan or her team are not consistent with how partners communicate with one another,” US State Department spokesperson Ned Price stated at the briefing.

Price noted that European Council extended Georgia a European prospective status, along with a roadmap of reforms that must be implemented for Georgia to achieve full candidate status.

“We know the people of Georgia are overwhelmingly in favor of joining the EU, and we, of course, support those aspirations. The rhetoric from some Georgian officials recently, however, seems intended to distract Georgia’s citizens from that goal,” Price stated.

He noted that Ambassador Degnan and her team at the embassy in Tbilisi are committed to working with the people of Georgia in support of their Euro-Atlantic aspirations.

“Ambassador Degnan has our full support. Disinformation and personal attacks on Ambassador Degnan or her team are not consistent with how partners communicate with one another, and we will continue to focus on supporting our shared goals. We have worked shoulder to shoulder for 30 years on democratic reforms, economic development, and security cooperation. This remains unchanged.

“Today, the United States is working with our allies and partners to bring an end to President Putin’s war in Ukraine as quickly as possible and to secure a peaceful future for the entire region. The United States supports Georgia’s sovereignty and its territorial integrity within its internationally recognized borders, and we continue to support peaceful efforts to end Russia’s occupation of 20 percent of Georgia’s territory,” Price said.

Related Story: Ian Kelly: Attack on Degnan Part of Wider Campaign to Get Rid of the West