Ian Kelly: Attack on Degnan Part of Wider Campaign to Get Rid of the West 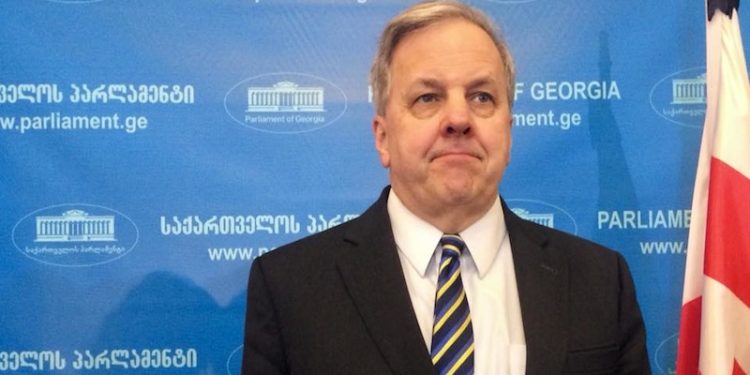 Speaking to ‘Voice of America,’ the former US ambassador to Georgia, Ian Kelly, states that it is a lie that the US or its ambassador tried to involve Georgia in the war. He noted that such statements are part of a wider trend, which involves getting rid of the West:

“This is a complete lie. It is impossible that America or the American ambassador tried to drag Georgia into the war. However, this is even a part of a wider trend or campaign, which involves – getting rid of the West and damage reputation of the Ambassador Degnan and other European diplomats.

“Also, from the point of view that the agreements and promises that Georgia signed with the western countries years ago or recently and the implementation of specific reforms are not fulfilled. I think all friends of Georgia in America and Europe are very concerned about these trends,” says Kelly.

The former ambassador thinks that the West has no more illusions about Russia’s aggressive imperialist goals and is trying to provide maximum support to pro-Western countries. Against this background, it is especially sad that Georgia, which was once the leader among the reforming countries, found itself in the back ranks and “it looks as if it is really taking steps not to be on the reformist path and is getting rid of the West.”

Interview prepared by ‘Voice of America’

Related Story: Kelly Degnan: Any Suggestion of the US Intervention in the Court Untrue