MP Khojevanishvili: We should be more Active before NATO Summit, Raise Issue of Georgia & Ukraine 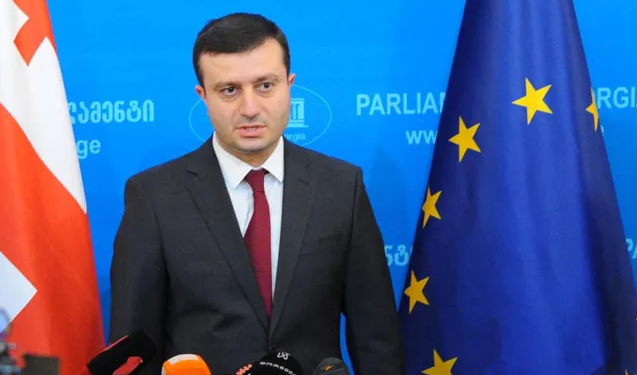 Independent MP Giorgi Khojevanishvili started his speech at the plenary session of the Parliament by talking about the ongoing processes in Israel.

Khojevanishvili expressed his condolences for each of the killed and injured people and said that he was confident that the country would return to a peaceful and stable environment in the coming days.

“First of all, I want to respond to the ongoing processes in Israel. We express our condolences to each of the dead or injured persons, and we hope that this aggression will end soon. Here, I want to encourage our Jewish and Georgian friends, who are in hot spots and I am confident that the country will return to a peaceful and stable environment in the coming days,” he said.

Giorgi Khojevanishvili spoke about the NATO summit scheduled to take place in a month in Brussels and said that there are several important circumstances and questions surrounding the summit.

“Black Sea security is becoming even more important for the new US administration and NATO. In the context of the Black Sea, only Ukraine is at the center of the discussion. I wonder what is the reason for this. The question arises as to whether this is due to our passivity and the lack of a specific plan.

“Naturally, Russia’s recent aggressive actions around Ukraine are attracting a lot of attention, but we should not forget that we have many and almost daily cases of borderization and destabilization in Georgia. It is necessary to be active before the summit and raise the issue of Georgia together with Ukraine.

“This process is not only dependent on NATO and requires our active efforts. We need concrete vision, tasks and plans for the summit – what results we want to achieve and with which tasks we are going to the summit – all of this must be answered,” said Giorgi Khojevanishvili.

He noted that it would be advisable to cooperate more actively with the political centers of European capitals, because Georgia should not be mentioned only as part of official visits and formalities.

“The second issue in this direction is the completion of our long and large-scale mission in Afghanistan. Large-scale military participation in international missions has been and is one of Georgia’s strongholds in talks with NATO and allies. What plan do we have when this base will no longer be there by the end of the year? Creating a new agenda and deepening relations with NATO and its allies is even more important now. Today there are big changes in our region – the security environment is aggravated and against this background, it is fundamentally critical for Georgia to proactively present its role, place and importance,” he said.

Giorgi Khojevanishvili is a member of the parliamentary team of Ex-Prime Minister Giorgi Gakharia. He left the ruling party Georgian Dream together with 5 other MPs of Gakharia’s team on April 14.

“We are former Prime Minister Giorgi Gakharia’s team and share the same values. By joint decision with Gakharia, we are moving to a new phase of building a party. We are leaving the Georgian Dream and will continue working in the parliament as independent MPs,” Khojevanishvili commented on their decision.