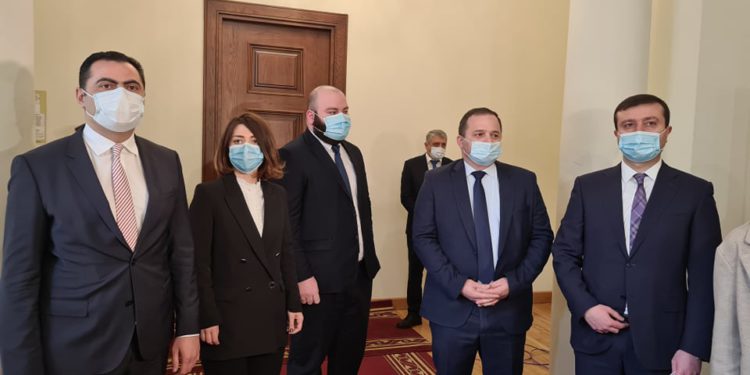 The deputies made the relevant statement at a special briefing in Parliament today, April 14.

“We are former Prime Minister Giorgi Gakharia’s team and share the same values. By joint decision with Gakharia, we are moving to a new phase of building a party. We are leaving the Georgian Dream and will continue working in the parliament as independent MPs,” Khojevanishvili said.

Following his resignation, the former PM  recently stated that he is not going to leave politics.

“Despite a lot of different rumors, I am not going anywhere. Moreover, I will not leave politics. In fact, we are following the plans, our agenda, which will give us the opportunity to tell you everything in detail in the near future,” Gakharia said in his first media statement since the resignation on March 22.

He is now planning to establish a political party and a new political force.