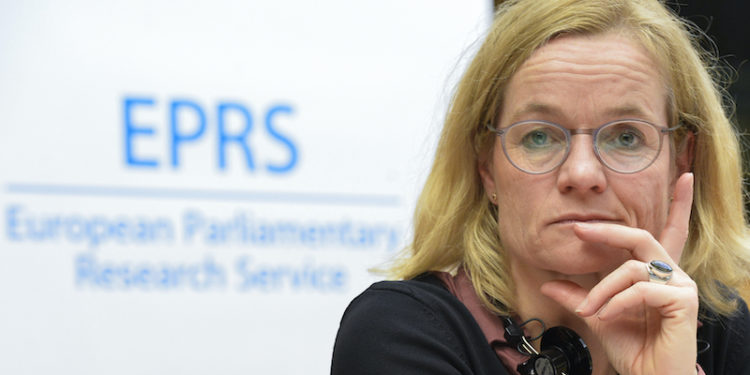 MEP Viola von Cramon says she believes the EU should reconsider its relationship with the Georgian government following the breach of the Charles Michel agreement.

At a press conference in Tbilisi on July 30, the MEP said that the April 19 agreement “was and is the basis for the European Parliament to support democracy in the Georgian Parliament.”

“I’m afraid that following the decision of the Georgian Dream to annul the April 19 agreement, Georgia is further away from the European Union than it was three months ago,” she concluded.

The MEP noted that the decision of the Georgian Dream is beneficial only for the Kremlin.

“The decision of the Georgian Dream is beneficial only for the Kremlin. It is clear that once trust is broken, we will not be able to get back to normal. Therefore, in my opinion, the EU will need to reconsider its relations with the Georgian government. It is true that the unconstructive actions of the United National Movement and its refusal to sign the agreement gave the Georgian Dream a rather favorable subtext. The people of Georgia deserve politicians who put the interests of the country above everything else. That is why I never supported the boycott and called on all opposition political parties to be faithful to the agreement that was signed and the commitment that was made.

“We need to properly evaluate the opposition parties that have entered parliament. It is the job of the opposition to control the government and not stay out of parliament. In this context, the upcoming local elections have become much more important. The European Union stands by the people of Georgia in their struggle to build a just and democratic state. Therefore, it is very important that all citizens of Georgia exercise their constitutional right to vote in local self-government elections. The EU will do its best to ensure that our observers contribute to the transparent elections,” said Viola von Cramon.

MEP Viola von Cramon arrived in Tbilisi on the evening of July 28 in response to the decision of the Georgian Dream party to annul the EU Council President’s agreement.