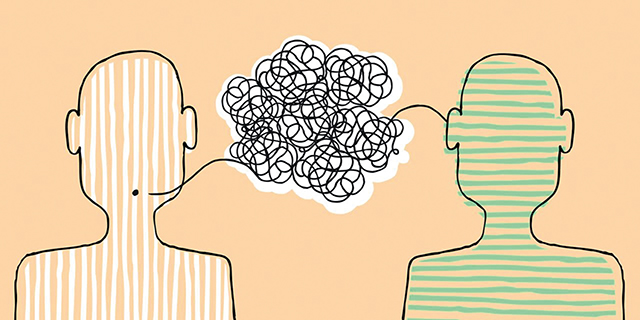 The western way of thinking did not stop where Socrates, Plato and Aristotle left off. Tens of other great philosophers have embarked on the genesis of their philosophical legacy, having finally ushered us into the 21st-century type of thinking, their prolific pens now being held in even more powerful hands to continue helping Mankind to find the most reasonable ways to live.

Some of those contemporary geniuses are telling us that civilizations clash and defy each other; some maintain that the economy is not what we see on the surface, but that the truth is buried in certain freaky findings. Yet others say that modern and post-modern human behavior is being substituted by meta-modern political philosophy. The gist of the matter is that their logic seems to be iron-strong and is as precious as gold. Only, we the rank-and-file have to look better and deeper into their unconventional thinking and make conclusions thereof, presumably, in our own favor.

It is certainly impossible to read every single book written by Man throughout history, including the ones that come to light today, but we can at least make some rational choices for self-development, or listen to those who have somehow managed to acquire a workable knowledge in subjects that we tend to perceive, so that we make not only good speakers of ourselves but good listeners too. In a word, we have to learn how to listen to each other, otherwise, the communication that is indispensable for all of us to survive might become impossible.

Why such a lengthy prologue to a matter that is very simple to understand and even simpler to adopt as a way of action? Because we are growing as we live (in the best case scenario of course), and this article is meant for those politicians of ours who want to grow and become more effective. I never fret over crises, be they political, relational or entrepreneurial, because I take a crisis as an impetus for further development. What has lately happened and is still happening in the Georgian political arena is an obvious token of development to the better, certainly, the only regrettable thing being the fact that we have recently fallen so flagrantly as an independently managing nation that we were compelled to use external help to put ourselves together, even though we think of ourselves as among the smartest and the most talented people in the world.

Talented we might be, but I doubt the ‘smart’ part, because the political savvy would probably mean the capability to solve problems independently in the minimum of time with the least amount of sweat, and with the best outcome for the nation. What I have happily noticed is that our current constellation of politicians is clearly tending to answer to that particular standard of action and interaction: healthy and fruitful communication within our political spectrum, on the one hand, and beyond the spectrum, on the other.

I feel and see that our sharp, but often stubborn and cocky, political animals have found time and zeal for reading into the wisdom of those modern philosophical gurus who are dictating the world to communicate in a more extensive and comprehensible fashion. As a result, the politicians of almost every ilk, except the ones who want to continue their street-wise political activity with an asinine obstinacy, have joined the legislative debates of the country, thus making it as meaningful as one could dream of at this very moment of shattered parliamentary life. All of us are tired to death, the electorate and the elected, poised to let our European guardian angels know that we have heard them and will hear them in the future too, if need be.

And the final piece of the opinion that bothers almost anybody who wants either to vote or to be voted for: the face-saving pains! This is what keeps many of the politicians from decidedly knocking at the door of Georgia’s legislative body. Those who once thoughtlessly sabotaged and categorically refused to take their due seats in Parliament are now looking for some good reason to start functioning as law-makers, but saving face at this moment seems to be more important than any vested interest of the country. To help themselves out, they will have to pick the minds of those wise authors who know very well the price of healthy communication: to listen first.