Irakli Garibashvili Meets with the Ambassador of Sweden 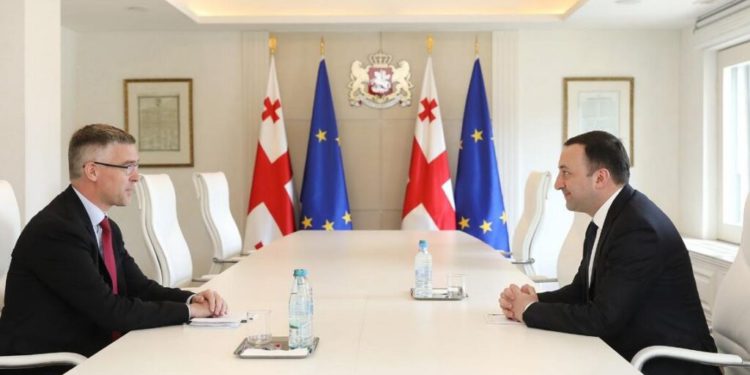 Official application of Georgia for EU membership and the relations between Georgia and Sweden were the main topics of discussion between the Prime Minister of Georgia Irakli Garibashvili and the Ambassador Extraordinary and Plenipotentiary of the Kingdom of Sweden to Georgia Ulrik Tidestrom.

The Prime Minister also said that the handover of the questionnaire to Georgia by the European Commission is a new stage in relations with the EU, which gives the country a great responsibility to intensify its efforts to join the EU, and in this process hopes for strong support from Georgia’s international partners.
By Mariam Mtivlishvili
Tags: GeorgiaSweden
ShareShareTweet