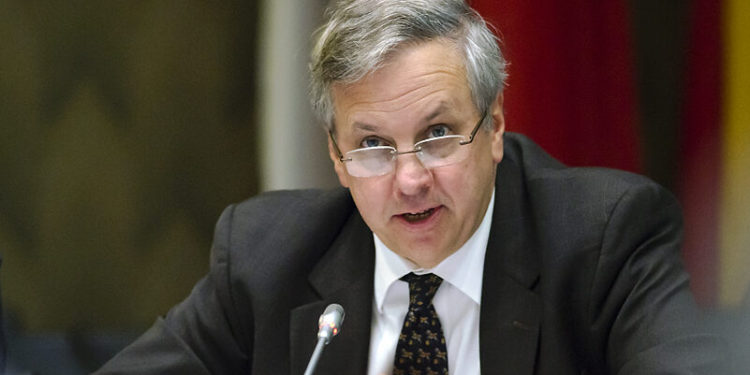 Former US Ambassador to Georgia Ian Kelly says he does not understand why the Georgian president and prime minister did not contact their Ukrainian counterparts. According to him, Georgia is inactive and any friend of the country is disappointed to see it. He made the statement in an interview with Radio Liberty:

“To be honest, I’m a little disappointed that Georgia is not very active diplomatically. I do not believe that the Prime Minister has not yet called his Ukrainian counterpart. This is unnatural. I do not understand why the President or the Prime Minister did not contact Kyiv to say – we are by your side. I have not seen many statements either. It is heartbreaking for any friend of Georgia to see an inactive Tbilisi.

“You and Kyiv share the same goals, why not say that? Why do not you ask – what can Georgia do to help Ukraine?” I cannot understand it.

“I think keeping silent is a big mistake. The more you restrain yourself, the more you incite Kremlin aggression,” said Ian Kelly.

Russia has deployed more than 100,000 troops along the Ukrainian border in recent months, but Moscow has denied any plans to attack Ukraine. Ukraine’s international partners are actively talking about a possible attack.

On January 24, the Minister of Foreign Affairs of Georgia Davit Zalkaliani held a telephone conversation with his Ukrainian counterpart Dmitry Kuleba.

According to Zalkaliani, he reaffirmed the Georgian government’s support for Ukraine’s sovereignty and territorial integrity and expressed his strong support for the current difficult situation.