Guardians of Rioni Valley to Minister: You Are Late! 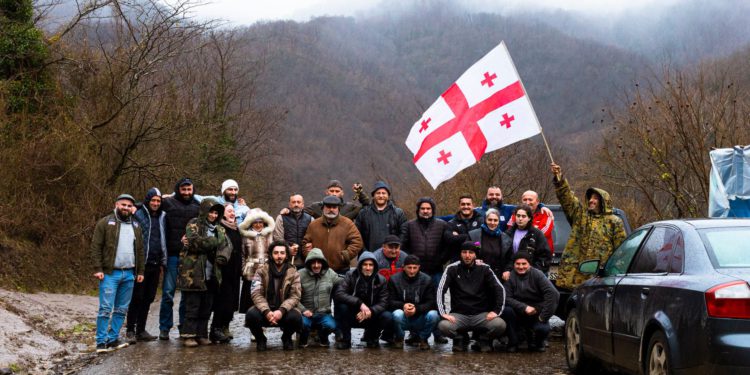 “It is good that you came today, but we expected you to come earlier. A great rebuke from me for being late, so late, gentlemen and ladies, that the riot police had overtaken you twice, and that was very offensive to us.”

Under the order of the Prime Minister, the Minister of Economy Natia Turnava finally met with the local community who have been protesting the Namakhvani HPP project plan for over 130 days now.

Turnava emphasized the need for intensive communications with the locals and protest organizers, and offered to meet with the opponents of the Namakhvani HPP on Friday, where they will discuss the issues in detail. She promised to answer all your questions and promise to make some alterations to the project plan as well as some compromises if necessary.

“Changes are not too late and we can discuss them further,” Turnava said.

One of the guardians of the Rioni Valley, Maka Suladze, criticised the minister for the late arrival:

“It is good that you came today, but we expected you to come earlier. A great rebuke from me for being late, so late, gentlemen and ladies, that the riot police had overtaken you twice, and that was very offensive to us.”

The organizers of the rallies agreed to the meeting, however, they said that they have a rigid position on the issue and will not cancel the rally announced for March 14 if the government don’t meet their demands.

“Even though we have every reason to be angry and the truth is on our side, we still manage to fight peacefully. That is why we try our best to make the government admit its mistakes,” Varlam Goletiani, one of the guardians and rally organizers said.

He added that the rally on March 14th still stands, but they will still attend the meeting, choosing the format themselves.

“We are confident that the state will have to justify its decisions. Our struggle is so true, that this issue must be resolved in our favor without a doubt. I have high hopes for that,” Goletiani said.

Related Stories: PM: Questions about Namakhvani HPP Must Be Answered

EMC: Namakhvani HPP Will Not Contribute to Georgia’s Energy Security