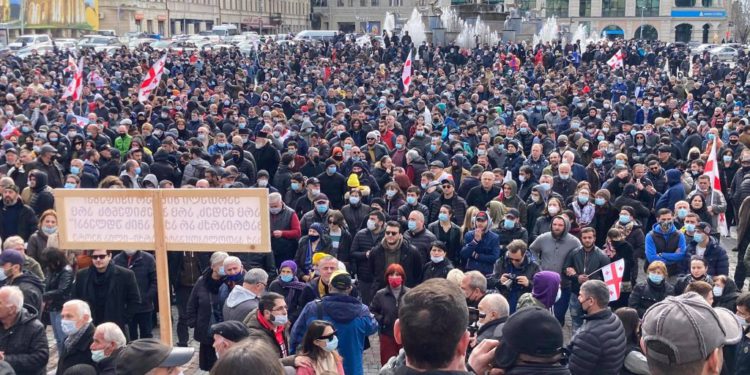 Sunday’s rally marked the 126th day of the protest against the construction of the Namakhvani hydropower project. Thousands gathered in the Kutaisi’s central square calling on the government to review their permission to construct the hydropower plant in northwest Georgia.

The cascade project is planned to be built in the Tskaltubo and Tsageri municipalities north of Kutaisi by a Turkish construction firm, Enka Renewables. Despite the strong local resistance, round-the-clock tents and activist groups’ intense involvement, the construction work is already underway and the territory is controlled by the police forces.

The criticism around the ongoing project is actively supported by green activist groups, Non-governmental organizations and researchers suggesting that the project will affect the environmental and social setting in the region and the consequences can be dangerous for the whole valley, putting Kutaisi, one of the largest cities in Georgia at high risk.

One of the organizers of the rally, Varlam Goletiani, during his speech said that if the Enka Renewable will not stop the construction work of HPP immediately and leave the River Rioni Valley within two weeks, protesters will picket Kutaisi. “Guardians of Rioni Valley” gave the government time to review their decisions regarding Namakhvani HPP until March 14th – marking the next date for another massive rally. 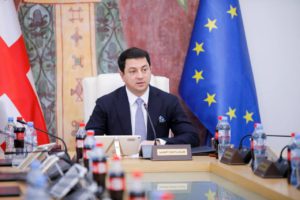 The first comments in Parliament mostly circled around the existing gaps in the communication with the local communities and the failure to point out the benefits they could get from Namakhvani HPP. However, acknowledging the scale of protest, Chairperson of the Parliament Archil Talakvadze stated that ministers may be summoned to parliament this week for further discussion.