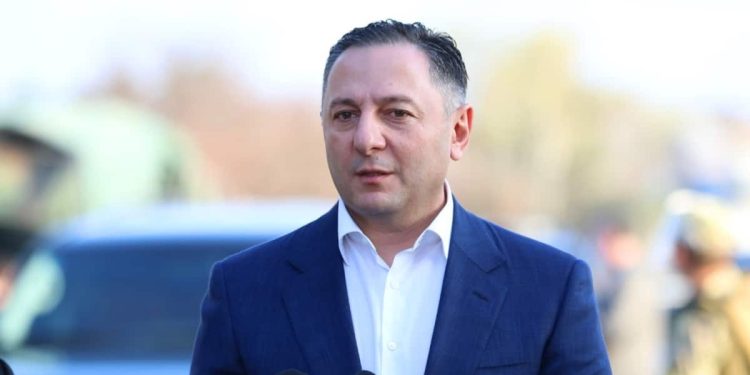 The Minister of Internal Affairs, Vakhtang Gomelauri, together with the Prime Minister, members of the government, as well as the Chairman of the Georgian Parliament and the Mayor of Tbilisi, paid tribute to the memory of heroes fallen in the battle for the unity of Georgia on the day of the fall of Sukhumi.
“Today, it is a very difficult day for the whole Georgia. 29 years have passed since September 27, 1993. At that time, I was 17 years old and I vividly remember how painful and tragic it was for the whole country. I bow my head to those heroes, people, whose names are engraved on this wall with golden letters, these people are actual heroes. My friends’ and relatives’ names are engraved here, and I am grateful to everyone for protecting our homeland,” stated Gomelauri.
Family members and relatives of those who died in the war also attended the event at the memorial located on Heroes’ Square in Tbilisi.
This year, 29 years have passed since the fall of Sokhumi. The military confrontation in Abkhazia started on August 14, 1992. The battle for Sukhumi ended with the fall of the city in September 27, 1993.
Tags: SokhumiThe Minister of Internal Affairs
ShareShareTweet