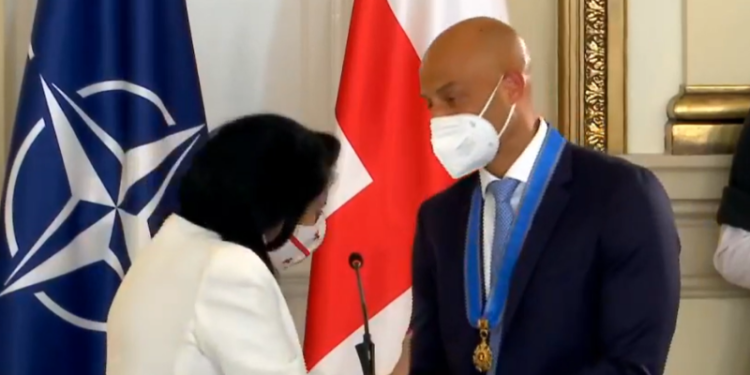 President personally handed over the award to James Appathurai.

The award ceremony was held at the Orbeliani Palace.

James Appathurai was awarded for his outstanding personal contribution to the deepening of Georgia-NATO relations and Georgia’s Euro-Atlantic integration, and for his strong support for Georgia’s sovereignty and territorial integrity in the international arena.

“We may be very close to the open door of NATO today, but we know that membership may take some time,” the President of Georgia stated at a joint briefing after meeting with Appathurai.

She spoke about the strengthening of relations between Georgia and NATO and thanked James Appathurai for his service.