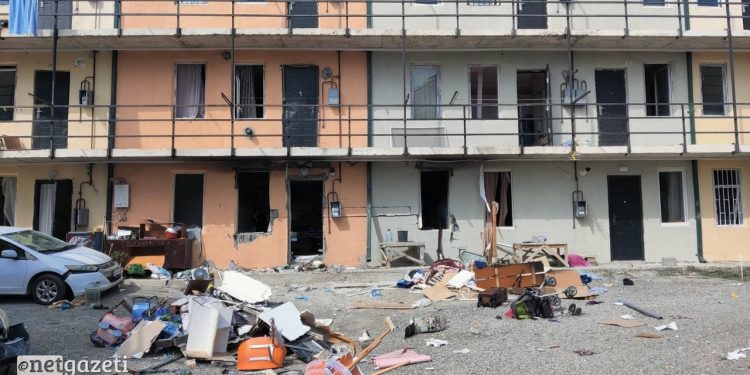 An explosion occurred in the so-called Bendukidze settlement in Didi Dighomi district of Tbilisi, the alleged reason of which was leakage of natural gas from the water heater installed in the residential house.

Employees of the Ministry of Internal Affairs and gas company Didi Dighomi LLC are working on the spot to determine the exact cause of the incident.

The representatives of the gas company have not made an official comment.

The incident happened at dawn today. The injured are a Nigerian woman and a child. A man was also injured. Locals say that he was in the neighboring house at the time of the explosion.

The woman was taken to the burn center, and the minor was taken to  Iashvili clinic. The condition of the child is critical.

In addition, the locals say, several apartments and cars parked on the spot were damaged as a result of the explosion.