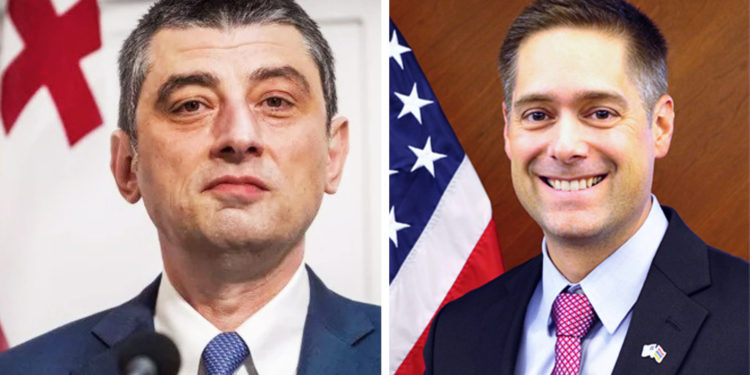 Following the Brussels visit, the Chairman of ‘For Georgia,’ Giorgi Gakharia is holding meetings in the United States.

Giorgi Gakharia, Kakhaber Kemoklidze, Member of Political Council of ‘For Georgia’ and Levan Dolidze, Political Adviser, are holding meetings with the representatives of the US State Department, various international organizations, experts and representatives of academic and political circles.

On June 22, the Chairman of ‘For Georgia’ met with an Analyst and Associate Professor at Columbia University’s Harriman Institute, Lincoln Mitchell.

The ongoing political processes in Georgia, as well as the challenges in the region, were discussed at the meeting. 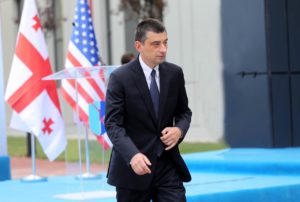 It was great to meet and talk with IRI's Vice President @smastic and Regional Director @stephennix today.
I expressed my gratefulness for IRI's outstanding work in Georgia and presented #ForGeorgia's plans. pic.twitter.com/VMHmw9bJs1

The political processes in Georgia and the upcoming local elections were discussed at the meeting. Giorgi Gakharia informed Stephen Nix and Scott Mastic regarding his political plans and spoke about his recently established political party.

Giorgi Gakharia thanked IRI for the cooperation and support provided to Georgia within the framework of the institute’s program, the Party’s press office said.

The EX-PM also met with the US Deputy Assistant Secretary for Democracy, Human Rights, and Labor, Kara McDonald.

With Kara McDonald at the US State Department, we discussed in detail the democratization process in #Georgia, as well as the challenges in the justice system. We discussed our vision and plan for dealing with the corruption and problems in the human rights field. pic.twitter.com/yN2ghJ089T

Challenges in terms of democratization, human rights, justice and corruption in Georgia were discussed at the meeting. The parties noted with satisfaction the progress made so far and discussed the concrete steps that need to be taken in the future with regards to anti-corruption measures and the building of state institutions.

Gakharia had a working dinner with the US Deputy Assistant Secretary in the European and Eurasian Affairs, George Kent and the Director of the National Security Council’s Eastern Europe and Caucasus Department, Christopher Smith. 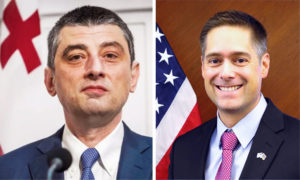 The future plans of the party, its reform agenda and the local elections of 2021 were discussed at the meeting.