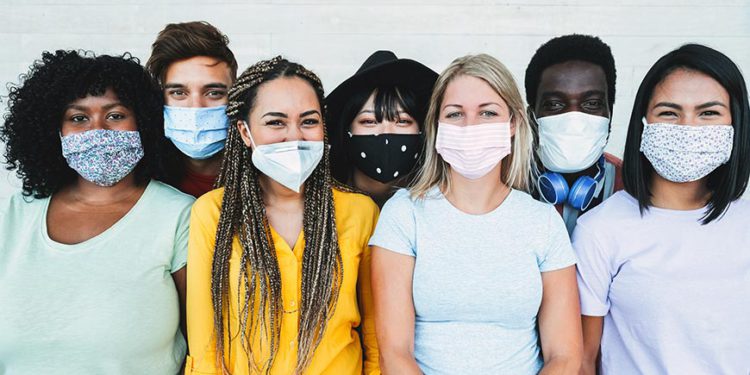 The Council of Europe’s anti-racism commission (ECRI) in its 2020 annual report published today, ahead of the International Day against Racial Discrimination marked on 21 March, identified four key challenges Europe was facing last year. These are: mitigating the disproportional impact of the Covid-19 pandemic on vulnerable groups, tackling deep-rooted racism in public life, combating anti-Muslim racism and antisemitism in the face of terrorism, and addressing the backlash against the protection of human rights of LGBTI people.

“Few, if any crises since the Second World War have had such a global impact on Europe as the Covid-19 pandemic which came to overshadow other trends in 2020,” said Maria Daniella Marouda, Chair of ECRI. “From spreading antisemitic conspiracy theories about the origin of the disease and targeting persons of Asian origin at the outbreak of the pandemic, to the subsequent lockdown and economic downturn hitting marginalized groups the hardest – the Covid-19 crisis has brought about overall regression in human rights in Europe.”

“The Covid-19 crisis has exposed and deepened underlying structural inequalities in almost all policy areas, including access to education, employment, housing and healthcare,” she explained.

Among all the groups disproportionally affected by the pandemic, the situation of Roma deteriorated the most, ECRI argues. They are often confined to an overcrowded neighborhood with limited access to public utilities, where physical distancing and good hygiene are nearly impossible to maintain. Distance learning measures have excluded many Roma children from school due to lack of internet/computer access, the loss of social aid which was conditional on the participation of children in homeschooling in some countries has exacerbated the situation, ECRI notes. It welcomes, however, positive measures taken by some European states, such as the provision of free electricity, water and internet connection to Roma communities during lockdown.

Migrants and asylum seekers, especially recently arrived and irregularly present, have faced particular difficulties: they have not been able to benefit from essential healthcare due to the lack of social security number and migrant seasonal workers living and working in poor sanitary conditions were particularly susceptible of contracting the virus. Besides, the economic downturn caused by lockdown measures and other restrictions resulted in the immediate loss of many informal or otherwise precarious jobs among migrants and other groups.

Young LGBTI persons, especially those who had to move back to LGBTI-phobic families, have been exposed to rejection and violence; calls to dedicated hotlines and victim support centers increased (in some cases tripled), particularly during curfews.

The year 2020 was equally marked by a wave of world-wide protests against racism. The racial justice movement – Black Lives Matter – unfolded in the United States and resonated in Europe as well. “These events have revealed the extent to which racial profiling and racist police abuse continue to affect vulnerable groups, reinforcing in Europe concerns of what is increasingly referred to as institutional racism,” ECRI Chair suggested. Such racism is covert or overt, and resides in the policies, procedures, operations and cultures of public and private institutions; it erodes trust in society and in law enforcement. Increasing diversity within the police and adequate training should be at the core of any government action aimed at tackling the problem.

The resurgence of terror attacks by extremists against persons of different religions was another trend in 2020. The brutal murder of a school teacher by an Islamist militant near Paris and the attack in a Roma Catholic Basilica in Nice in France, as well as the terrorist attack in the very center of Vienna in Austria have caused public outcry and fed growing anxiety across Europe. ECRI is concerned that these horrific murders will spark further intolerance and discrimination against Muslims. Anti-Muslim racism entails the risk of counteracting integration and inclusion efforts and may further radicalize a growing number of young Muslims in Europe, it says.

At the same time, like in previous years, Jewish people in Europe have also continued to experience antisemitic hatred and violence, with particular threats posed by the Neo-Nazis and Islamists, and police response insufficient. Jewish religious places, such as synagogues and cemeteries, remain the main targets of vandalism. The criticism of the Israeli government policies is still used to stir up hatred against all Jewish people. “Jewish communities and institutions must not be made targets for opposition to Israeli government actions”, ECRI underlines.

The Council of Europe commission is also worried about the fact that the climate of opposition to LGBTI persons’ human rights has gained ground in certain European countries in 2020, linked to populist homophobic and transphobic rhetoric and the so-called anti-gender movement. New restrictive legislation was adopted, the backlash against LGBTI persons’ rights was manifested at a political level, and hate attacks took place. Despite this, ECRI observed some progress: several countries have outlawed non-consensual cosmetic surgeries on intersex children, LGBTI persons were appointed to high political offices, and legislation on same-sex partnership and marriages have been introduced in some states.