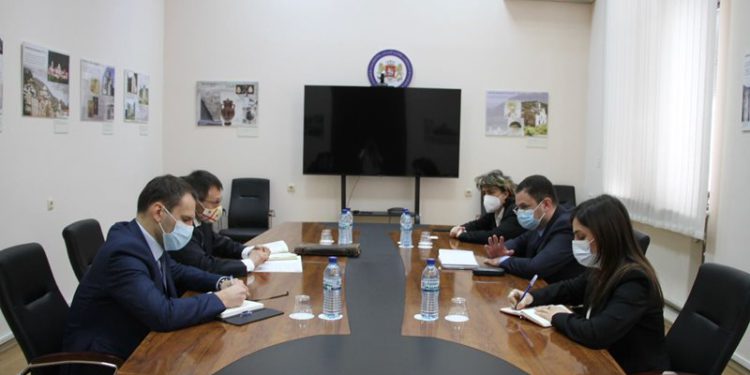 At the meeting with Ukraine’s representative, the Georgian side expressed concern over the information spread by Ukraine on alleged secret ties between the Georgian and Russian special services and on  sanctioned goods allegedly being smuggled through the Georgian territory.

It was clearly stated that the aforesaid information does not conform with reality and such claims only harm the friendly relations between the two countries. Moreover, they put the security of Georgia in jeopardy.

The Ukrainian diplomat was briefed on the positions of Georgia’s relevant agencies – the National Security Service and the Ministry of Finance. The Georgian side urged the Chargé d’Affaires of Ukraine to provide evidence of the claims. It needs to be highlighted that the Ukrainian side could provide no evidence to support the information spread earlier.

The Chargé d’Affaires of Ukraine reaffirmed his gratitude for Georgia’s support and solidarity with Ukraine, including for its humanitarian assistance to, and acceptance of Ukrainian refugees, as well as for the Georgian Government’s firm position in terms of aligning with the resolutions and statements made within international organizations in support for Ukraine.

For its part, the Georgian side once again expressed concern over the ongoing processes in Ukraine posing a threat not only to Ukraine but also to Europe and the entire world.

Referring to the friendship and strategic partnership between Georgia and Ukraine, the sides highlighted the importance of further strengthening these relations.

The Deputy Minister reiterated Georgia’s commitment to continue its support for Ukraine and the Ukrainian people in both bilateral and multilateral formats.