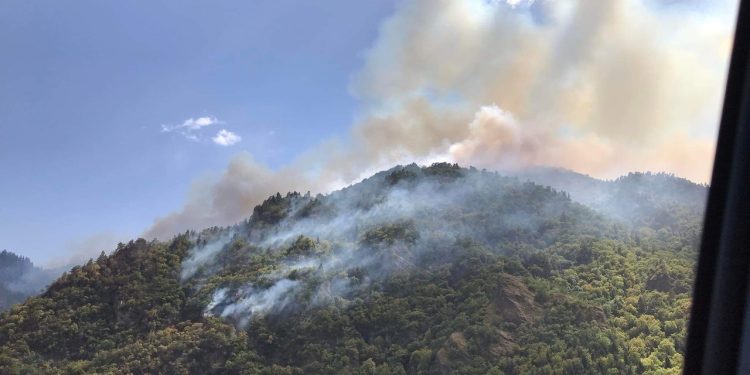 Based on the decision of the Government of Georgia, defense forces will be involved in the process of extinguishing fires and preventing natural disasters in the Borjomi valley.

“At the order of the Prime Minister of Georgia, Irakli Garibashvili, in order to prevent a natural disaster and effectively implement fire extinguishing actions in the municipality of Borjomi, the defense forces were involved in the process.

“The head of the government signed the corresponding order on the use of the defense forces of Georgia,” the government administration said in a statement.

Fire-extinguishing works in Borjomi municipality have been ongoing throughout the night and are still underway.

4 helicopters, about 300 firefighters and 300 representatives of the special tasks department are involved in the process of putting out the fire.

Employees of relevant services of the Ministry of Defense, Ministry of Environment and Agriculture, National Environment Agency, National Forestry Agency and representatives of the local municipality are also present at the site.

The fire broke out in the forest massif in Borjomi municipality two days ago.