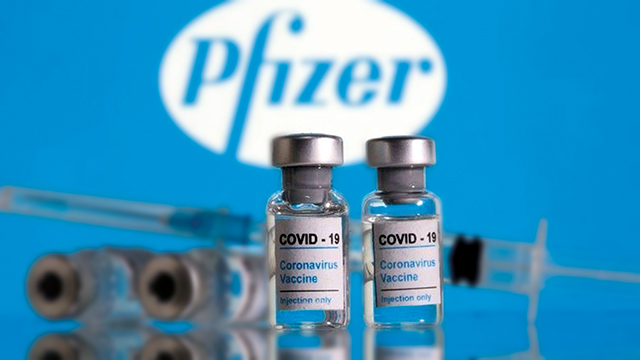 Against the background of the deteriorating epidemiological situation, the Georgian government on February 1 announced that the regulation that citizens need to show proof of vaccination (“Green Passports”) in order to access facilities in the country was being withdrawn.

The decision regarding the annulment of the obligation for Green Passports while entering facilities caused dissatisfaction among part of the vaccinated population. However, the authorities explain the reason behind it was the rapid spread of the Omicron strain, due to which having a Green Passport to enter facilities was no longer justified.

This week, it was announced Prime Minister Irakli Garibashvili had contracted coronavirus for a second time- this time the Omicron strain. He is said to be feeling well and continues to work remotely. The PM is fully vaccinated. He also caught coronavirus in April 2021.

Notably, health experts claim the Omicron strain has not caused a high number of hospitalizations and the country currently has free beds in hospitals. Most of the those infected with Omicron have mild or light symptoms and are receiving treatment at home.

The Cases Worldwide
More than 370 million cases and over 5.6 million deaths linked to Covid-19 have been reported worldwide.

Yet the loosening of Omicron’s grip in many places has given rise to hope that the outbreak is about to enter a new phase in which the virus will become, like the flu, a persistent but generally manageable threat that people can live with.

New York’s governor plans in the next week to review whether to keep the state’s mask mandate at a time when cases and hospitalizations have plummeted. New York City is averaging 4,200 cases a day, compared with 41,000 during the first week of January.

“The US as a whole is on a similar trajectory, with infections plunging from an average of over 800,000 a day two and a half weeks ago to 430,000 this week,” reports Global News..

“England, France, Ireland, the Netherlands and several Nordic countries have taken steps to end or loosen their restrictions. In some places, like Norway and Denmark, the easing comes even though case counts are still hovering near their highs. Some governments are essentially betting that the pandemic is ebbing.”

“Rest assured that the worst days are behind us,” said Health Minister Fahrettin Koca of Turkey, where the number of daily infections topped 100,000 on Tuesday, the highest on record in the country of over 80 million.

Last week, England ended almost all domestic restrictions. Masks aren’t required in public, vaccine passes are no longer needed to get into public venues, and the work-from-home order has been lifted.

Switzerland on Wednesday scrapped work-at-home and quarantine requirements and announced plans for an easing of other restrictions in the coming weeks.

However, rules and restrictions remain strict in Germany and Austria. A new law came into force in Austria this week that makes vaccination against Covid-19 compulsory for anyone over 18. Several countries have introduced mandates for the elderly or medical staff, but this is the first nation in Europe to adopt such sweeping measures, reported the BBC. Austria’s government says vaccinations are effective at combating severe disease, and that the law is needed to prevent future lockdowns.

Currently, certain countries, particularly in Asia and Europe, are facing another emerging variant of Omicron – Omicron BA.2. While BA.2 appears to be more transmissible than previous variants, there is no data yet to suggest that it is any more severe.

While BA.1 and BA.2 are similar, they are 20 mutations apart.

It is not clear where BA.2 originated, but it was first detected in the Philippines in November.

The sub-variant of Omicron has been detected in 57 countries now, the WHO says. In some countries, BA.2 accounts for more than half of sequenced Omicron cases, it adds.

In some places, growth in recorded cases of the sub-variant has been sharp.

In India, BA.2 is rapidly replacing the Delta and Omicron BA.1 variant, according to molecular biologist Bijaya Dhakal. It is already the dominant variant in several states and likely drove the country’s recent third wave of infections.

According to Denmark’s Statens Serum Institut (SSI), BA.2 infections rose to account for about half of the country’s reported Covid cases in January.

A study of 8,500 households and 18,000 individuals conducted by Denmark’s SSI found that BA.2 was “substantially” more transmissible than BA.1.

The study also showed evidence to suggest that the BA.2 sub-variant is better able to evade vaccines. However, vaccinated people are still less likely to get infected than unvaccinated individuals, and they are also less likely to pass it on.