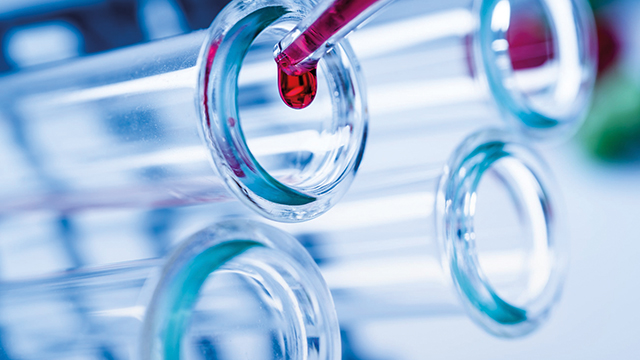 The past two weeks have seen Georgia suffering around 5000 new cases daily, despite more vaccines being given out and over 330,000 people already fully vaccinated. This has lead the authorities to begin tightening restrictions again.

On Tuesday, 5924 new cases of coronavirus were registered in Georgia, 60 people died, and 4777 people recovered.

Following the past months’ trend, the highest number of new cases were detected in the capital Tbilisi- 2,030, followed by Adjara (599), where many have headed for their summer vacation.
Imereti reported 598 cases, Kvemo Kartli 333, Shida Kartli 331, Guria 111, Samegrelo – Zemo Svaneti 336, Kakheti 446, Mtskheta-Mtianeti 114, Samtskhe-Javakheti 90, and Racha-Lechkhumi and Kvemo Svaneti 33.

On Thursday morning, it was announced that 4128 new cases of coronavirus had been registered in the 24 hours prior, with 79 people losing their lives to the virus, and 5611 people recovering.

The Vaccine
The National Center for Disease Control reported that, as of August 24, a total of 1,010,096 vaccinations had been administered. Over 700,000 people had been vaccinated with at least one dose of the four vaccines available (Pfizer, AstraZeneca, Sinopharm or Sinovac), making up 24.6% of the adult population (on August 23 alone, 30,067 people were vaccinated). Around 11.6% of the adult population of Georgia has received both doses and is considered fully vaccinated.

Yet, the Minister of Health of Georgia, Ekaterine Tikaradze, confirmed the deaths of fully vaccinated people in Georgia.

“This is a sad fact, but similar cases are being seen elsewhere in the world too. This is no cause for panic, as it is 0.001% of cases: the vaccine does protect us from fatality in the majority of cases. The patients who lost their lives in fighting the virus had developed life-threatening damage caused by already existent chronic diseases, meaning try what they might, the doctors’ efforts were in vain,” Tikaradze said.

At its Wednesday meeting, the Coordinating Council approved a package of incentives for the vaccination of employees in the private tourism sector, which implies offering travel companies and food facilities various benefits, for example, fully vaccinated guides will have free access to public services, in particular to state museums, protected areas, and rope-ways.

The Restrictions
As the new school year approaches, parents of school pupils are increasingly concerned they will be left dealing with last year’s stresses of online study again.

“Classroom education may be resumed in schools where 80% of staff gets vaccinated,” said Amiran Gamkrelidze, head of the National Center for Disease Control. This news was later confirmed by the Minister of Health, Ekaterine Tikaradze.

Gamkrelidze noted that NCDC data from early August showed that 30% of teachers across Georgia had been vaccinated, while the latest survey conducted by the Ministry of Education showed 40%.

“We call schools safe if 80% of the teachers and administrative staff who work in the school and have contact with children are vaccinated,” said Gamkrelidze, adding that if the situation does not improve, the NCDC will be unable to give the go-ahead for children to return to school.

On Wednesday, new restrictions entered into force in the country seeing food facilities having to close to 22:00 instead of 23:00.

“Within the framework of the qualification stage of the World Cup, the football match between the Georgian national team and Kosovo, scheduled for September 2 at the Batumi Stadium, will be held without spectators, as will all other allowed sports events,” the authorities announced, adding that the holding of festivals, entertainment and cultural events, concerts and sports competitions, as well as social events, remains forbidden.

Wearing a face mask continues to be mandatory both indoors and out, as is maintaining social distance.
The authorities one again called on the population to get vaccinated in order to preserve life and defeat the virus.

Meanwhile, in Israel…
Israel, which has seen a surge in cases this month, despite boasting 80% of its population age 12+ being vaccinated, one of the highest rates in the world, launched its national vaccination campaign in December 2020. The following six months saw restrictions lifted and citizens returning to crowded norms of partying and religious ceremonies. In June, there were even days of zero new Covid-19 cases there, leading most Israelis to believe the fight against the virus had been won.

Two months later, Israel reported nearly 10,000 new cases, close to its worst daily figure recorded at the height of its third wave. More than 350 people died of Covid-19 in the first three weeks of August, and seven public hospitals this week said they have no more space for coronavirus patients. Israel’s public is now bracing itself for another potential lockdown.

“I don’t want to frighten you,” coronavirus expert Dr. Salman Zarka told the Israeli parliament this week. “But this is the data. Unfortunately, the numbers don’t lie.”

It is now becoming apparent to experts that the protection expected from the BioNTech/Pfizer two-shot vaccine, which Israel has used almost exclusively, appears to fade over time faster than anticipated, increasing the risk from “breakthrough” infections, leaving those who got the vaccine first, mostly frontline workers, the elderly and the most vulnerable, again at risk from infection and severe illness. At the Sheba Medical Center, the largest in Israel, researchers found that monthly blood tests of medical staff, many of whom got their vaccinations in December, had started to show declining antibody levels by June.

“Antibody levels can sometimes decline without having an impact on efficacy, but, at about the same time, Sheba hospitals began to note a rise in elderly, vaccinated people testing positive and seeking care,” said Arnon Afek, a top official at the hospital chain. “It was quite alarming. After around six months, we realised that the level of antibodies in our staff was falling and, across Israel, there was an increase in the number of patients. And this was happening in parallel with the Delta [coronavirus] variant.”

What this spells for the global vaccination effort, and it efficacy, is yet to be seen.