Corona Updates: As the Situation Improves, Certain Restrictions to be Lifted 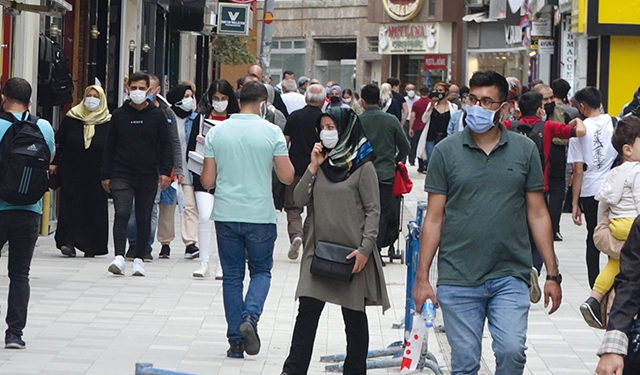 This week, the epidemiological situation in Georgia has been improving, with a decrease observed both in newly detected daily cases and in fatalities. Since Monday, the average number of deaths reported daily decreased to 60 from the previous 80.

The Statistics
Georgia reported 1120 coronavirus cases, 4905 recoveries, and 61 deaths on Monday, September 6, as a result of 16,149 tests conducted. Georgian capital Tbilisi recorded the highest number of 415 Covid-19 cases, followed by the Imereti region with 175 cases, and the Kakheti region with 147 cases.

1965 new cases, 3996 recoveries, and 50 deaths were recorded on Tuesday, with a total of 25,624 tests conducted. Tbilisi again recorded the highest number of 651 Covid-19 cases, followed by the Imereti region with 288 cases, and the Adjara region with 201 cases.

The country then reported 2571 coronavirus cases, 3668 recoveries, and 60 deaths on Wednesday, as a result of 29,449 tests conducted. Tbilisi recorded the highest number of 918 Covid-19 cases, followed by the Imereti region with 414 cases, and the Kakheti region with 242 cases.

On Thursday, Georgia recorded 2455 coronavirus cases, 4427 recoveries, and 58 deaths. 36,151 tests were conducted in the prior 24 hours throughout the country. Georgian capital Tbilisi recorded the highest number of 890 Covid-19 cases, followed by the Imereti region with 342 cases, and the Adjara region with 249 cases.

The daily test-positivity rate stands at 6.69%.

The Restrictions
The reduction in the daily reported coronavirus cases has allowed the local authorities to announce the future lifting of several COVID restrictions.

Municipal public transport will be restored from September 13.

In-person learning is expected to resume in schools and universities from October 4. Deputy Health Minister Tamar Gabunia said the improved vaccination rate among teachers preconditioned the possibility to resume in-person learning from that date. Regarding the universities, she said, the vaccination rate among students is not high, which is why she calls on them to get vaccinated on time.

Some restrictions remain in force. In particular, the Council has decided that sports tournaments are to be held without spectators, and participants must be vaccinated or must have negative results of a PCR test taken in the last 72 hours or an antigen test valid for 24 hours.

Wearing a face mask continues to be mandatory both indoors and outdoors.
The holding of events such as weddings, funerals, etc. is still prohibited.

To encourage the vaccination process, a lottery is to be launched on Monday, September 13. On a random basis, the lottery company will raffle cash prizes for vaccinated people. Winners will be revealed both daily and weekly, and a final raffle will be held at the end of the year.

Vaccinated beneficiaries of the StopCovid Lottery will receive lottery tickets from the state for free during vaccination.

A ticket received during the StopCovid Lottery Vaccination is valid for all raffles until the ticket wins.

The minimum prize will be 100 GEL and the maximum will be 100 000 GEL. About 160 prizes will be raffled daily. The results of the raffle will be revealed at 12 noon each day, while weekly raffle winners will be announced every Monday, at the end of the daily raffle.

Citizens will receive information about the prizes won through a specially created website. They will also be contacted by the Ministry of Health.

“Winners can get information on stopcov.lotto.ge. Information about the winners will be posted, the names of the winners and the first initials of the last name, what vaccine the user was vaccinated with, and in which city. The booking code will also be indicated. The Ministry of Health will definitely contact the winners and inform them about it,” said the head of the Legal Department of the Georgian National Lottery Ketevan Khutsishvili.

“Russia could see a renewed surge of the coronavirus as early as this month, top health officials have warned,” reports the Moscow Times.

Slovakia
Slovakia will halt the use of Russia’s Sputnik V vaccine due to low demand among its population, reports said Tuesday. The EU member state’s decision to approve the Russian vaccine ahead of EU approval sparked a political uproar that led to the resignation of Slovakia’s prime minister.

Azerbaijan
Azerbaijan has recorded the highest rise in COVID-19 cases in the capital Baku. The city accounts for 54.6% of all coronavirus infection cases in the country, the website koronavirusinfo.az reports.

“The number of coronavirus infections among those coming from abroad is 0.4%,” reports azernews.az.

Armenia
In less than a month, nearly anyone with a job in Armenia will have to either be vaccinated against COVID-19 or submit to regular tests at their own expense.

“We have set October 1 [as a deadline] so that we will not have queues and waste extra time,” Minister of Health Anahit Avanesyan said in an interview with official media on September 6. It will be an uphill struggle: As of the end of August, the last time figures were released, less than 5% of Armenia’s population had been vaccinated.

Many Armenians remain skeptical of the vaccines: In a poll from the International Republican Institute conducted in July and released on September 6, more than 50% of respondents said they “definitely” or “probably” won’t get vaccinated.

Turkey
Health Minister Fahrettin Koca announced that two cases of the “Mu” variant of the coronavirus were reported in Turkey, while the Delta variant makes up the majority of daily cases in the country.

Mu was listed as a ‘variant of interest’ by the World Health Organization (WHO) last month. It was first documented in Colombia back in January 2021, and became more prevalent in Colombia and Ecuador. “It is probably resistant to available vaccines,” WHO reported. WHO also says there have been “sporadic reports” of cases and outbreaks stemming from the Mu variant in South America and Europe Its global prevalence is below 0.1%, but the body says it is now responsible for around 39% of infections in Colombia and 13% of infections in Ecuador.

“Earlier, Koca had said that the Delta variant and Delta+ variants accounted for more than 90% of cases in Turkey, where a new surge in the pandemic has been underway for the past two months. The number of daily cases fluctuates around 20,000, while a vaccination program is continuing to keep the numbers in check,” the Daily Sabah reported.

The Turkish Health Minister said that they believed mass immunity can be achieved when the vaccination rates reached 85%, adding that rate of people with both doses was now around 62%. On a journalist’s question as to whether the unvaccinated will be forced to pay for PCR tests so as to encourage them to get vaccinated, Koca said this was not an option they are considering at the moment.