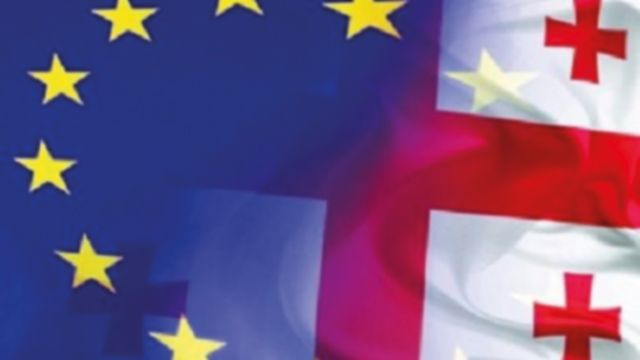 On Wednesday afternoon, news spread like wildfire that the European Union is to consider abolishing the visa-free regime for Georgia on October 13.

The report came from EUobserver, a non-profit, independent online newspaper established in Brussels in 2000. Their claimed goal is to “report on how decisions are made in the European Union, giving people the possibility of making their voices heard within the European institution” in a “relentless quest for transparency and accountability.”

“Unlawful residency and unfounded asylum claims from some western Balkan states, plus Moldova, Georgia and Ukraine, is triggering discussions on suspending visa-free travel to the EU,” EUobserver reported this week. The agency says they became aware of this through the contents of an EU internal report dated September 27.

According to EUobserver, in the document, Germany took umbrage with Georgia, Moldova, and Ukraine. It also faulted Albania and Serbia as among the top 10 problem countries.

The report notes that the number of asylum seekers from Georgia has increased by 51% in the last three months compared to the same period in 2019.

“’In case of little or no improvement by third countries, COM [European Commission] should, in our view, emphasize that triggering the Visa Suspension Mechanism is a real option,’ says the German delegation in the document,” EUobserver claimed.

The media outlet added that France was also unhappy with Albania and Georgia and “remains wary of the Serbs,” while “the Czech Republic said it has seen a high number of unfounded asylum claims from Georgian, Moldovan, and Ukrainian nationals.”

The Netherlands is the first and only EU state so far to have asked for a visa-free suspension. But its request against Albania in 2019 was rejected by the European Commission.

The last time such a concern was raised about Georgia losing its visa-free rights was in June 2019.

The visa-free regime took effect for Georgia with the European Union in March 2017, and within two years, some EU member states were expressing concerns that Georgian citizens were misusing it, with France, Austria, Germany and Sweden in particular stressing an increased number of asylum seekers from Georgia, even after it was placed by several states on the list of safe countries.

Back in 2019, Jelger Groeneveld, Dutch Liberal party D66, Board Member of the International Cooperation Division, told the Georgian Institute of Politics that, “Most crucial is that Georgia maintains full cooperation on the readmission of nationals, an important key point in the assessment to invoke the suspension mechanism. Currently, Georgia’s visa waiver to Schengen is not in immediate danger, mostly based on this high level of readmission and cooperation in crime-fighting efforts,” he said.

Alexandra Stiglmayer, Senior Analyst and Secretary-General of the European Stability Initiative, an independent think-tank that has worked on EU visa liberalization since 2008, said at time of the 2019 concerns that she did not believe the EU would suspend visa-free travel with Georgia.

“First, it would have a huge negative impact on EU-Georgia relations. Second, deep down, member states know that they themselves can reduce the number of unfounded asylum claims,’ she said. [But] “getting to suspension is not easy. It requires the agreement of the European Commission and a majority of all member states, following an examination of various factors, such as the number of affected member states, not many in Georgia’s case, and the overall impact on the migratory situation in the EU, which is limited,” she told GIP.

“The information that the EU is considering suspension of the visa-free regime for Georgia is a lie: Georgia is fulfilling its obligations and no suspension mechanism will be activated in relation to Georgia,” Deputy Prime Minister, Minister of Foreign Affairs Davit Zalkaliani announced Wednesday, adding that the latest visa liberalization report actually highly assesses Georgia’s implementation of visa liberalization.

“I want to reassure everyone, and also disappoint the people who took up this story. It is unbelievable when [our political] opponents are happy about a failure of the country and I want to disappoint them and tell them that this story is a lie. The [EUobserver] article does not specifically talk about Georgia, it concerns Moldova and the Eastern Balkans. The number of asylum seekers increased from those countries, but, on the contrary, the number of asylum seekers from Georgia to the EU has decreased by 75%. So this is a very big lie, nothing is at risk, everything is very good,” Zalkaliani

German President Frank-Walter Steinmeier also denied the reports that Germany is demanding the EU consider suspending the visa-free travel regime for Georgia, Ukraine and the Balkans, calling the information “fake.”

“Reading this news was just as unexpected for me as it was for everyone else. I asked in Berlin and at the Federal Interior Ministry, and found out that this was fake news,” said the German President, whose comments were translated and spread by the Georgian Foreign Ministry’s press service.

The Georgian Foreign Ministry says the statement was made by Frank-Walter Steinmeier at a press conference after meeting with Moldovan President Maia Sandu in response to the news published by EUobserver.