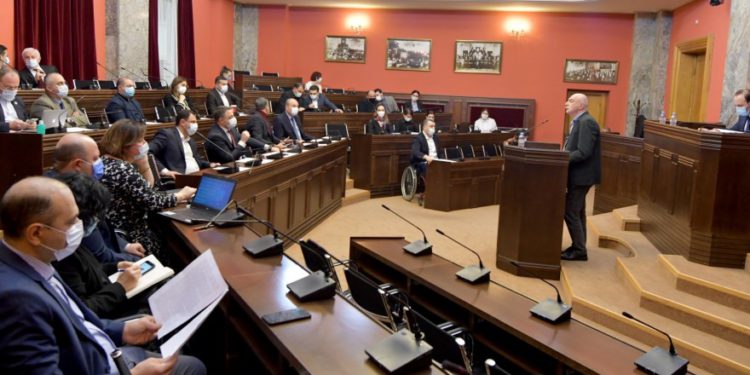 At the joint sitting of the Committees on Human Rights and Civil Integration and Legal Affairs,  amendments to the Law of Georgia on Tobacco Control were discussed which will more effectively define and regulate a number of legal relations in the field of tobacco control.

According to one of the initiators, Vladimer Kakhadze, smoking in public transport was banned, but the bill will add new types to the concept of public transport – taxis, cable cars, and boats.

It is forbidden to smoke cigarettes in your own vehicle when a minor is in the mentioned vehicle.

“During the implementation of the Law of Georgia on Tobacco Control of December 15, 2010, a number of issues were identified that need new legal regulation, and certain norms of the law need to be adjusted. In addition, certain legal relations have been identified in the field of tobacco control, which need to be regulated,” the rapporteur said.