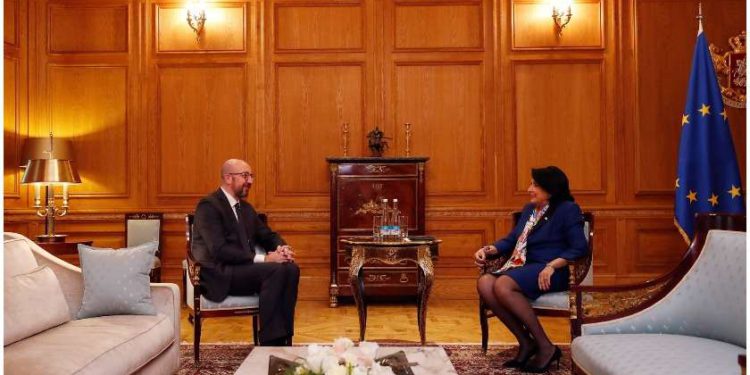 European Council President Charles Michel, who is currently paying a working visit to Georgia’s capital Tbilisi, has started official meetings with representatives of local government and the opposition.

Michel is currently holding his first meeting with Georgian President Salome Zurabishvili, after which he will visit the occupation line.

Further, he will open a new office of the EU Delegation in Tbilisi, where he will meet with leaders of opposition parties.

Meetings are also scheduled with Prime Minister of Georgia Irakli Garibashvili and Speaker of the Parliament of Georgia Archil Talakvadze.

Charles Michel arrived in Georgia late yesterday. He will leave Tbilisi on March 2.