MEPs Call For Renewal of Cross-Party Dialogue in Georgia 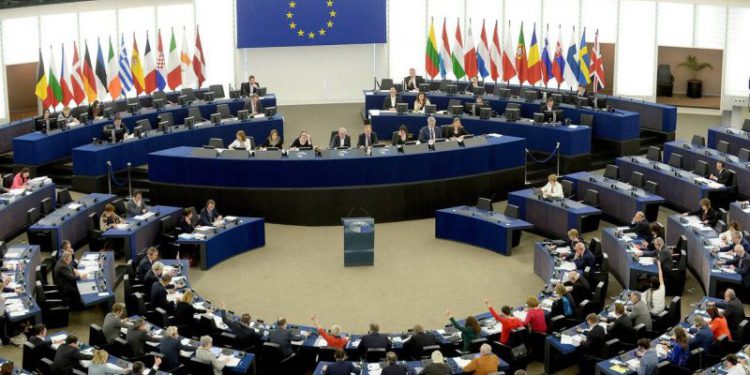 “The EU cannot overlook the current situation when the use of force, revanchism, and brinkmanship have become dominant trends.” – MEPs

In a joint letter, the Members of the Europan Parliament (MEPs) urge the President of the European Council, Charles Michel, to use his upcoming visit to Georgia to support the immediate renewal of the cross-party dialogue.

“As your extremely timely visit to Georgia approaches, we, the undersigned Members of the European Parliament, are writing to express our concerns about the rapidly deteriorating political situation in this important associated Eastern Partner of the European Union.

“As noted in the European Parliament’s resolution of 16 September 2020 on the implementation of the EU Association Agreement with Georgia, the October 2020 Parliamentary elections were expected to re-confirm Georgia’s democratic commitment. Instead, one-third of elected members are refusing to join the Parliament, citing election fraud. Local NGO, the International Society for Fair Elections and Democracy (ISFED), has demonstrated mismatches in 8% of the polling station protocols, among other election shortcomings. After the arrest of the United National Movement (UNM) leader Nika Melia by using teargas in a confined space on 23 February, tensions among the ruling Georgian Dream and opposition parties reached extremely dangerous levels.

“The EU cannot overlook the current situation when the use of force, revanchism, and brinkmanship have become dominant trends. Political polarization and tensions endanger the stability within the society and the State. Moreover, the political crisis risks diverging Georgia from the path of reforms under the Association Agreement with the EU.

“We urge you to use your visit to encourage the Georgian political forces to seek an immediate renewal of the cross-party dialogue, which must lead to a concrete memorandum of understanding focused on nurturing a cooperative and inclusive political environment in Georgia. The speed and will with which the Georgian political elite re-engages into the cross-party dialogue will reflect their determination to validate the declared European aspirations for Georgia. We believe, in this process, the Georgian civil sector can have a significant positive influence; hence, we encourage you to actively engage them during your visit.

“We rely upon you to pass this message to our partners and to reassure them about the European Union’s unwavering support for a secure and prosperous future of the Georgian people. In our capacity, we stand ready to further underpin the mediation efforts so far relentlessly done by the EU Delegation in Georgia and other diplomatic representatives,” reads the letter addressed to Charles Michel.