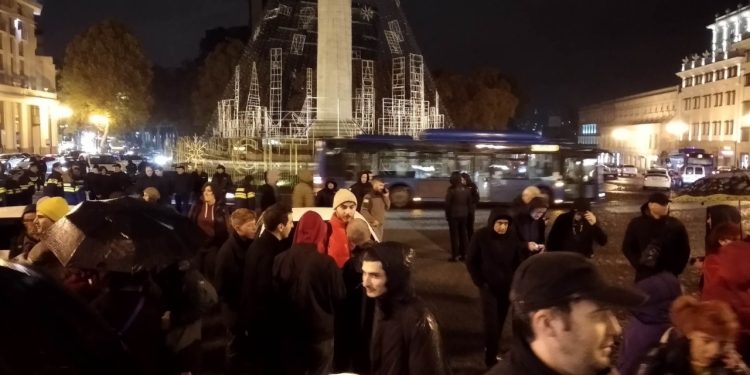 Citizens held a rally demanding the change of the New Year’s slogan installed in Freedom Square in Tbilisi.

On November 29, it was announced that Tbilisi’s main New Year’s slogan will be “Tbilisi — City of Peace”. City Hall is installing the same inscription near the fairy-light Christmas Tree in Freedom Square.

The choice of slogan unsurprisingly resulted in a lot of criticism from a large part of society, considering there is an ongoing war in Georgia’s friend country – Ukraine.

In response, Tbilisi Mayor Kakha Kaladze said that “if the political processes in Georgia had been conducted differently during the past year and a half and a specific group had returned to power, Tbilisi would have been a city of war, not peace.”