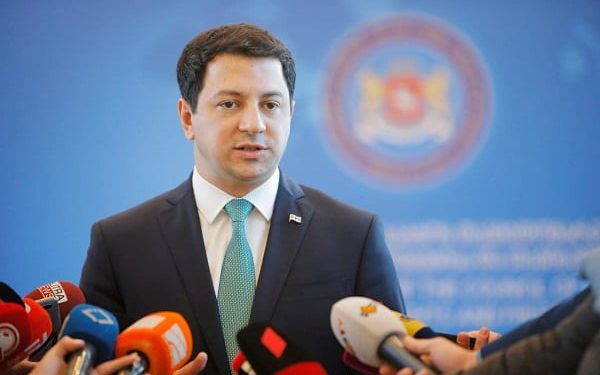 Chairman of the Parliament of Georgia Archil Talakvadze has resigned. He will continue his political activity as Vice-Speaker.

As Talakvadze stated at the briefing held after the majority sitting, his place is in the parliament hall.

Talakvadze noted that after reaching an agreement with the opposition, there was a need for a rotation in the parliamentary majority, which is why he “gave up the speaker seat and moved to the parliament hall.”

“Given that the negotiations in which I represented the Georgian Dream party have ended with an agreement, I consider that I should leave the position of speaker for the proper conduct of further processes in the parliament,” he pointed out.