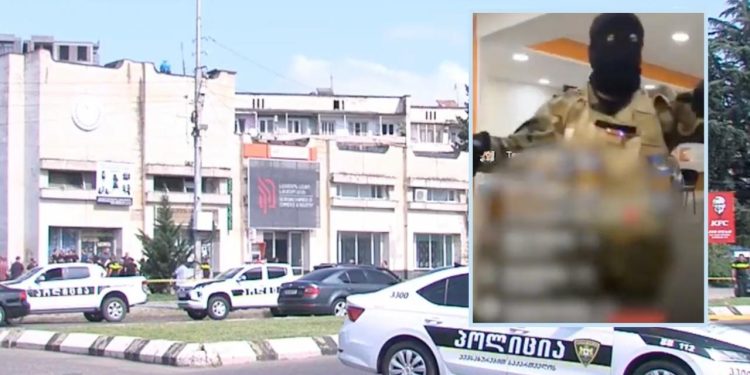 The armed person who broke into the branch of Bank of Georgia in Kutaisi set new demands. In particular, he wants a Russian flag, a fishhook, a helicopter and 2 million dollars.

Reportedly, the robber tells the hostages that he has an explosive device attached to his body and will be dangerous if his demands are not met.

The bank attacker in Kutaisi has 12 citizens as hostages.

In the distributed video footage, it can be seen that a person dressed in a military uniform informs the hostages taken in the bank about his demands, and they record his demands on the phone. Based on unspecified information, the attacker released two hostages.

An armed person broke into the bank about 4 hours ago and gave the police 3 hours for fulfilling his demands.

Employees of the relevant departments of the Ministry of Internal Affairs are mobilized outside the bank.