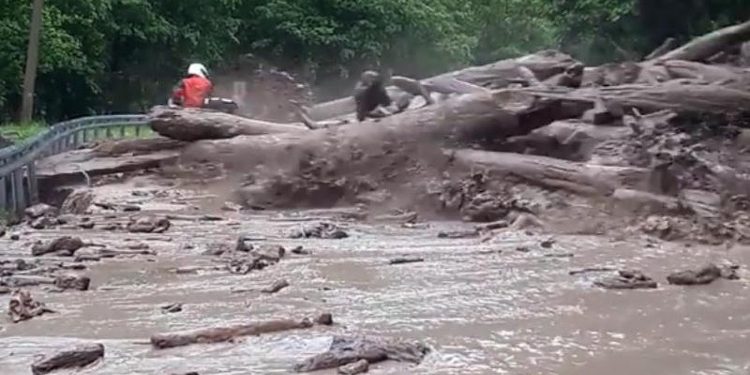 The body of a tourist who was hit by mudflow was found in Georgia’s north-east region of Pshavi, reports the Emergency Management Service.

“The Public Safety Management Center “112” of the Ministry of Internal Affairs received information that in Pshavi, a mudflow from the mountain caused a foreign citizen on a motorcycle to fall into a river and disappear.

“The Emergency Management Agency started the relevant search for the missing man as soon as the notification was received. Groups of the Fire and Rescue Department working in the disaster zone were involved in the process as soon as possible, which, despite the difficult terrain and the outflowing river, inspected the water surface and the shoreline of the Aragvi River.

“As part of the search-and-rescue measures, the employees of the service found the body of the missing man,” the statement reads.