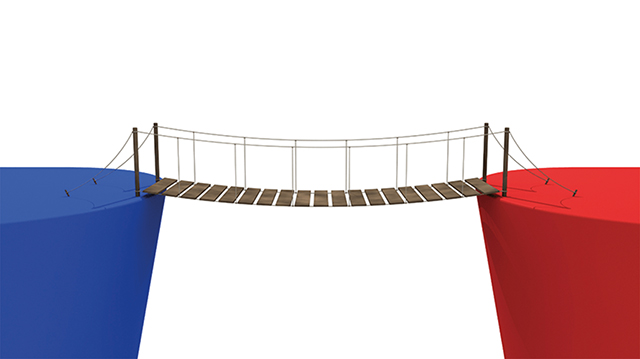 How about an officially introduced functioning bipartisanship in Sakartvelo? This enterprising novelty could work as a way out of the ongoing political higgledy-piggledy in the country, forgetting about the prospect of the European model of a coalition government at least for now, this happening against the background of a presidential republic of course: The god-blessed and well-weathered American political model!

Guess what encouraged me to suggest it? Only the outcome of the self-government elections 2021! I’m refusing to count the number of those unlikely political parties feebly playing the big game, because their quantity is hilariously high, and the quality happens to be beneath the nadir. Who needs that many vociferous but flimsy and often one-member accidental political formations within a nation of just three-million? I call it but a political craze, nothing more.

Folks, this is a nation with an acute proclivity to do politics with greater pleasure and acumen than business. The situation purely qualifies this as the ‘end of the world’. I wonder why our didactically poised western friends are not prompting us to stop the nonsense and pull ourselves together? In fact, they are doing just the contrary, enthusiastically applauding our overwhelming political zealousness. We probably need to introduce a certain amount of Marxism into our political culture, maintaining that ‘being determines consciousness’, thus teaching ourselves that making money is more important than making politics. This is of course one of my little jokes, but we know how it is: there’s always a grain of truth to every joke.

Anyways, let us now return to the matter at hand, and that is the possibility of planting the American-style bipartisan politics on our Georgian soil, which does not apply to a parliamentary system like they have in Great Britain, or the one we are practicing now. The American bipartisan interaction didn’t fall like manna from heaven: the history of the nation has it that the struggle was long and painful, with contemporary bipartisanship preceded by nonpartisanship in American politics. To wit, in the bipartisanship political environment, which literally means two-party system, the opposing political parties are usually poised to use compromise as a political instrument to get themselves on common ground concerning the most burning national issues.

I think this is exactly what we need to exercise here in Georgia in order to achieve the long-dreamed-of national accord by means of getting rid of the impotent political forces romping around the arena without any tangible use. The Georgian political life of the latest thirty-something years is marked with an overly motley and dysfunctional multi-partisan system which has rendered abortive (rather than productive) most of the political activity in terms of enhancing the standard of living in the country. Well, life has improved to a certain extent, but not thanks to multi-partisan sweat but rather through inertia and the overall global trend.

The idea is that the electoral struggle should take place only between two major political parties, and once one of them is elected to rule the country, they try to agree about all or most of the issues regarding the country’s political life. Nobody says that this is a man’s most optimal political invention ever, but it seems it might really fit into our current political life, because bipartisanship is about reconciliation, involving only two parties, not about squaring off the accounts among tens of parties that have been clashing with each other on an everyday basis over the last thirty years, and with no result to that.

Just imagine what a relief it would be for the people of Georgia to get rid of that annoying avalanche of mutually recriminating speeches, preposterous emotions and irrelevant plans to promote the Georgian cause which interminably emanate from those multi-party debates. What a waste of time and energy! So, why can’t we give bipartisanship a go for a change, and grant a new chance both to a balanced political word and to our politically exhausted electorate? Georgia is ready for this kind of experiment. After all, it is just two parties in reality who have been fighting for power in the last couple of decades, so we should be well prepared for the change.