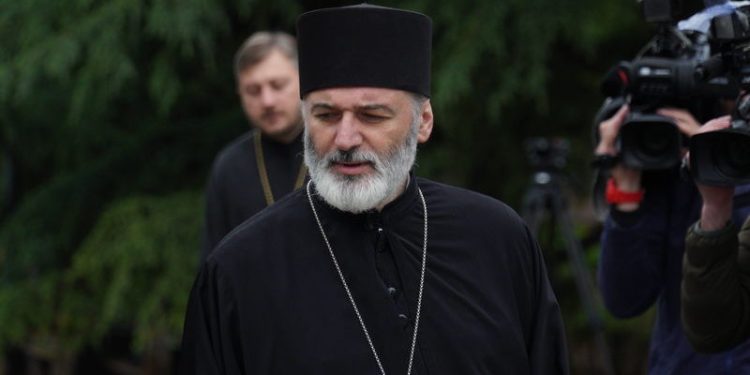 Andria Jaghmaidze, the head of the Public Relations Service of the Patriarchate, claims that the crime that happened in Khashuri, in the Tskhramukha Monastery, revives the most difficult memories of the church’s history.

Jagmaidze says in his Facebook post: “It is difficult to choose a name for this unheard fact, the like of which happened only during the invasion of the enemy who wanted to completely destroy the country. How did we get there?! Every action is necessarily driven by motivation, and insulting the sacred is a distorted ideology that removes all barriers through desacralization.

“The hidden and organized anti-church campaign by some mass media outlets (Main Channel, TV Pirveli, Formula), ‘theologians’ and ‘experts’ who believe that the salvation of our country, its economic rise and political victories can only happen through the reorganization or destruction of the Orthodox Church has a heavy impact on a part of the population.

“We have already stated that the invasion of the Martvili residence in 2021 could become a ‘rehearsal’ for further events. Let’s recall the slanderous media campaign against the mothers of the Bodbe Convent, when the Main Channel accused them of organizing the murder of the population (no one has apologized to this day). What is going on in the mind of a thug who is not ashamed of people? When he sees that it is permissible to constantly accuse the Church of carrying out the policies of the occupying country, when he sees that it is permissible for a journalist to call the clergy “bandits” in the courtyard of Svetitskhovli (TV Pirveli), when it is permissible for a journalist of Main Channel to disrupt services in the Martvili Cathedral) and to declare the patriarch an enemy of the country, what can be expected from the thug who does not fear God?! – What happened today in the Khashuri nunnery.

“Attempts to decline the Christian Church in Georgia are also connected with the destruction of family traditions, which is manifested by the frequency of domestic conflicts. One such case was the family tragedy that happened yesterday, with the terrible case of violence against a woman”.

Public Defender Nino Lomjaria responded to the above statement of Jagmaidze, saying:

“The whole country is shocked by the tragedy that happened in the Tskhramukha Monastery, but blaming the causes of this crime on the representatives of specific media outlets is extremely dangerous and wrong.”