All 6 MPs Who Left GD to Sign Michel’s Agreement 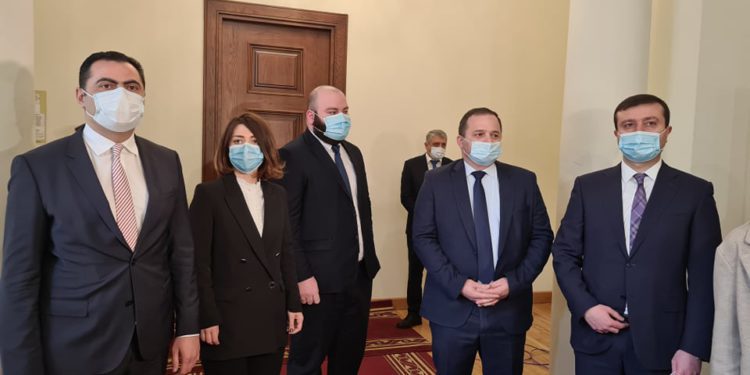 Giorgi Khojevanishvili, Ana Buchukuri, Beka Liluashvili and Shalva Kereselidze, will sign the text of the agreement today. Regarding the remaining two – Alexandre Motserelia is not in Tbilisi, while Mikheil Daushvili has contracted coronavirus.

The office of EU Delegation to Georgia is open to all elected Members of Parliament who have not yet signed the Agreement Document.

Representatives of a political party can come to the EU office both individually and on behalf of the party and sign the 5-point document proposed by Charles Michel.

The ruling team and a part of the opposition parties have signed the new agreement presented by Michel yesterday, April 19. The official signing ceremony took place at Orbeliani Palace in Tbilisi, while the mediator himself attended it virtually.

The President of the European Council will visit Georgia today.