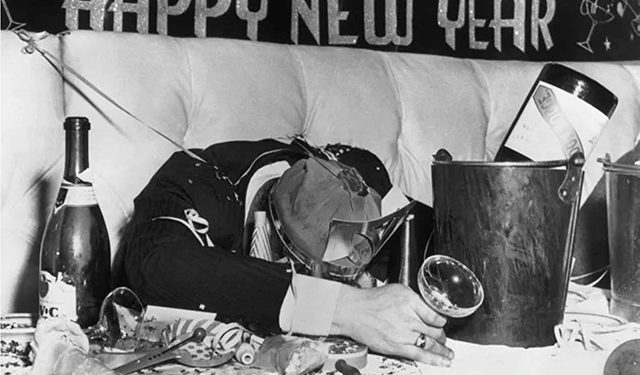 Continuing Covid capers, rusing Russians, and socio-political squabbling. These are only some of the themes that make the past year memorable, albeit for better or worse. With the closing of 2021, an overview is due of the course of events of the year, as well as a look forward. Despite the warm wishes of the season and those striving diligently to make the nation a better place for all, it is difficult to see past the immense challenges presented by this year’s events.

The year began on a tumultuous note following last year’s elections, still leaving a lingering sour taste with many of the public. Many calling for an inquiry into the fairness and legitimacy of the electoral practices were met with those declaring the polls ironclad. Both local and international proponents of democracy have maintained their doubts, though many in the government did not display the same interest in exploring the opposition’s interests.

With continuing demonstrations against the ever changing restrictions to halt COVID, the public outlook on the ruling party continued to fluctuate. European leadership, aiming to steer the country in the Western democratic direction, called on Georgian politicians to review their actions and statements. Throughout the year, the matter of vaccines, masks, and other attempts to maintain an element of control on the spread of the virus have brought people on both sides to a spirited debate that will likely continue into the new year.

The ever-present dissatisfaction with the political elite was only amplified when supposedly secret recordings were spread involving the ruling party. Those promulgating these recordings stated they are of a conversation between Prime Minister Irakli Garibashvili and Bera Ivanishvili, the son of the former chairman of the Georgian Dream Bidzina Ivanishvili. They alleged they were aimed at intimidating those that spoke freely to criticize Bera and the use of government assets to silence them.

In the wake of the political upheaval, multiple senior members of the government resigned. Some of these, led under Giorgi Gakharia, founded a new political party “For Georgia.” With violence making its way to the United National Movement headquarters, their answer was framed as a return to normalcy and a focus on what they perceived as “real issues” affecting the everyday Georgians.

As the months passed, Covid vaccine shipments began to arrive en mass. The Georgian government health leadership celebrated the arrivals, seeing them as a surefire way to end the spread. As this rollout of drugs was pushed into public service, many maintained their indifference or even contempt at their promulgation of mandating the administration of this new drug. Public demonstrations and marches in cities across the nation displayed a clear opposition to this hardline tactic.

Returning to the political sphere, multiple protests were held in support of Nika Melia, the leader of the United National Movement. His arrest and subsequent trial were highly publicized following his being charged with incitement of violence during the June protests back in 2019. The European Endowment for Democracy paid for his release in May.

Throughout the summer, protests took place in the northwestern town of Namakhvani where a new hydroelectric power plant had been planned to be constructed. The Namakhvani HPP was an instrumental infrastructure project between Turkish construction company Enka and the Georgian government. However, local residents and environmental protection groups had raised concerns with the courts about the side effects and legal considerations of the local populations. After months of protests, environmental evaluations, and meetings with the construction company, the Prime Minister announced that the project would no longer continue.

At the close of June, with NATO beginning the end of operations in Afghanistan, Georgia’s last remaining soldiers returned home. After 17 years of dedication, the 32nd Infantry Battalion concluded a mission which had involved the service of over 20,000 Georgian servicemembers and cost the lives of 32.
July began with the Tbilisi Pride march and demonstration. This quickly drew the ire of multiple groups on the opposite of the social and political spectrum, particularly those claiming Orthodox Church affiliations.

For several nights, the streets around the parliament building were the scene of violence, only partially contained by legions of police forces. However, this was not enough to prevent injury to multiple protesters, as well as members of the press attempting to cover the events. Sadly, TV Pirveli cameraman Lekso Lashkarava was severely injured in the fray.

In the days and weeks following the melee, multiple calls for investigations, prosecution, and condemnation from political leaders were made. While many of those directly involved were apprehended, it was the statements and lack of stern condemnation that angered many of Pride proponents and their allies. European and American politicians made their outcry at the handling of the events, in a volley of statements and press releases.

The sadness of July had yet to abate. At the close of the month, the call went out for a missing Australian woman who had seemingly disappeared during a hike in the Mtatsminda park area. After multiple searches of the area, the body of Shanae Brooke was found, leaving the police to determine that she had been attacked and murdered. Her alleged killer, Rafael Mursakulovi, was arrested days later. In the weeks following, another British foreigner was found dead in Gori followed by a stabbing of a Thai immigrant in Tbilisi. All three of which, among other tragic cases, continue in the courts.

Mikheil Saakashvili’s highly publicized return to the nation arguably took the largest spotlight of the year. While many still debate the exact details about the return of the former President of Georgia, his televised arrest and transport to prison rallied an army of supporters. During his controversial incarceration, dozens of protests and rallies were held across the country. Political, media, and cultural figures made impassioned and vigorous speeches demanding his release. The European Union also questioned the fairness of the trial as well as details of his treatment in prison, supported with allegations of abuse and neglect.

As the year began to wind to a close, the increasing threat of Russian forces on Europe’s eastern frontier again threatened peace and civil life. The alleged use of foreign immigrant trains by Russian and Belarusian actors to undermine the European Union, particularly Poland, has led to increased sanctions against both regimes. Additionally, Ukraine, already in a low-to-mid level conflict with Russia, called for international assistance. After multiple intelligence and satellite reports uncovered almost 100,000 Russian troops being moved to positions near their border, money and material assistance was quickly funneled to Kyiv.

Saakashvili’s trial and the Russian military buildup continue to be at the top of the headlines moving into the new year. With the potential for social and political fallout to be immense, the courts and current leadership of Georgia will have to tread carefully to avoid 2022 being another volatile year. Balancing the rule of law and justice with politics is a risky endeavor in any regard, but amplified even more so with someone of Saakashvili’s repertoire.

The enduring war of words between NATO, the EU, Belarus, and Russia will not dissipate in any timely manner. Russia and her puppet Belarus are not known for their willingness to bow out of a match so easily, and NATO and the EU cannot afford to lose any face in the military and political showdown. With Georgia and her proverbial sister in the matter Ukraine stuck between the two, the outcome will most assuredly have the greatest effect on them.

Given the break-neck pace of the current information environment, it is all too easy to let the year slip into the sands of the past and be ignored. Lessons learned are the building blocks of successful societies by keeping our leadership accountable and driving social, economic, and political progress. Looking forward, it is critical that both the people and leadership avoid the mistakes, continue the successes, and unite in defiance of the division created in recent years. In the final days, for the individual, enjoy the seasonal serenity with Georgian wine and food, family and friends, and well wishes into 2022.