Zurabishvili: It is Impossible for Georgia to Supply Weapons, or to Open Second Front 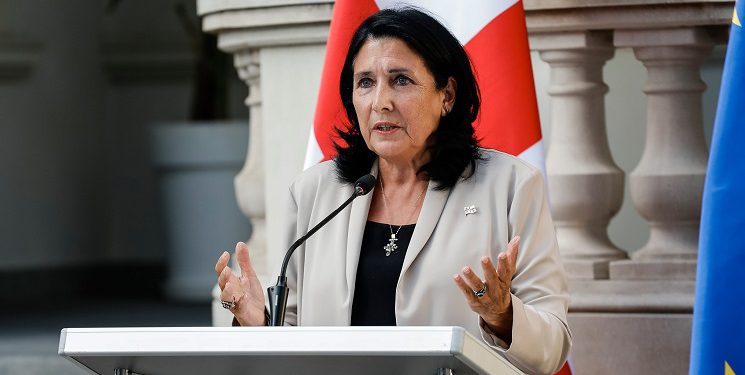 The President of Georgia, Salome Zurabishvili, said in an interview with Deutsche Welle that Ukrainians sometimes demand more and more from their partners, not only from Georgia, adding they want to get weapons from Georgia as well, and they want Georgia to open a second front.

“All this is impossible. I think the Georgian government is becoming more realistic about what Georgia can do at this stage.

We have two occupied regions and one of them is talking about holding a referendum on joining Russia. Obviously, we have to be careful, because we do not have many means and no one will be ready to help Georgia like Ukraine, but that does not change the level of solidarity we have,” Zurabishvili said.

The president emphasized that Georgia fully supports the sanctions regime adding “we are now seeing the effect of this on the economy within the country.”