Why I Danced: Part III 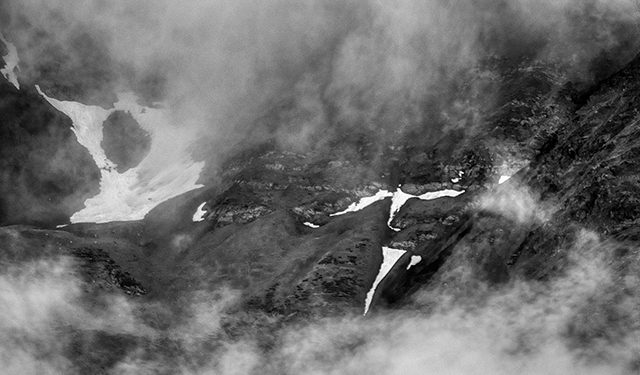 Continued from Part 2: The chosen ending.

I deposited them, bruised but alive, in a slightly less steep place, and continued on my way, to be lost in the frothing Enguri. At least I had that much control over my yearly ending. This would be a warning; what the village would do next was up to them, not me. They had a year to think it through.

The seasons came on: complete melt on the Mountain Wall; the leaves losing their brief spring’s unnatural color and returning from greens to reds and golds as the air heated, then cooled. Snows fell and fled, until finally it was cold enough for them to stay for the rest of the winter. They built up, layer on layer, clinging to all but the most sheer vertical faces. The world turned almost totally black and white.

Then it began to reverse again, as the air warmed again, days grew longer and sunnier, and the familiar drip began, achingly slowly at first. The occasional avalanche sped things up with a roar and a whoosh of whole snowy or icy sections. The darker earth and rock took more of the sun’s rays, warmed up, and it became unstoppable. Gradually, my ages-old form emerged again.

To my dismay, the boys returned, a year older but not much wiser; filled with thoughts of revenge on me now, as well as their own community’s prosperity. I sent them flying again, this time with worse injuries, but none died, and I dissolved once again.

Eventually, Etseri had a village gathering about the matter. It would end either in deaths and endless sorrow, or a turning away, said the elders, and it was up to the young men to choose their fate instead of trying to improve it falsely and bring down the lot of others. Time to come together, decide, swear, and leave it at that.

Again, Demetre proved himself a leader. After much thought, he stood up.

“Let this be our way forward: into life. I don’t have a wife and children of my own yet, a continuation of my father’s line. We will likely die if we continue battling the Dancer, and thus negate any good we might think we could do for our village. It’s too risky. Brothers, are you with me?”

His parents wept for joy instead of grief.

The news reached me too, and I also shed tears of pure water, relieved that, together, we had understood each other.

Let my coming and going be only natural, and let the humans strive, with the Maker’s help, to better the lives of all, not just themselves. They are, after all, the pinnacle of His creation, and have much to teach the world, me included. Now, I dance only in happiness.