When It Rains, It Storms: The Dramatic Changes Being Made in the South Caucasus 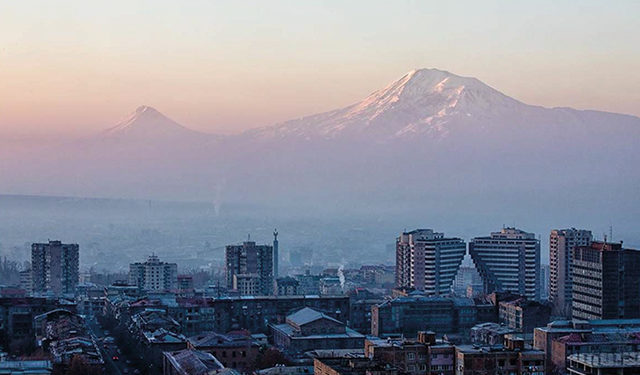 Covid-19, The 2020 Karabakh War, and ongoing political unrest have become the unofficial hallmarks of 2020 in the South Caucasus. Historically, the region is no stranger to being at the intersection of politics and conflict. However, over the past few years, these factors have accelerated to speeds that make a collision at those crossroads more likely. 2021, and the near future on a larger scale, will become either a slippery slope or a time for the people to shine.
Much of the news cycle in the waning months of 2020 focused on the renewed war in the embattled Nagorno-Karabakh region. What first seemed to be a lukewarm border skirmish, common to the area, quickly snowballed into open warfare on the ground and in the air. With its closing, something still questioned as border security elements still find themselves in occasional firefights, the socio-political fallout took over. Streets and squares in Yerevan erupted into protests, often turning to riots and resulting in multiple injuries and mass arrests.
As a result, the already questionable democratic framework of the Armenian government is now buckling under the weight of popular discontent. Further, Russian involvement only stands to slowly pull the democratic rug out from underneath the population. What makes it more striking is the juxtaposition of putting a shattered democratic state under the unofficial control of a massive anti-democratic behemoth. Russia is well known for classic hits, such as jailing those who don’t toe the Putin-party line and the subsequent trials seem like a bad episode of Judge Judy.
Azerbaijan, on the other hand, has been basking in the light of its victory and so-called repatriation of its lands. Turkey has been patting their back the whole time. With an increase in military and economic cooperation between the two, the gas has been turned up in the region. The Turkish-Russian economic involvement has pledged stabilization, however, placing more tactical importance on the zone will only force the major players and their de facto protectorates to dig in deeper. New and reopened trade routes will help localities, but also push those local players to their larger regional masters.
Armenia, backed into a corner and experiencing an almost complete withdrawal of western influences, has hid behind the Russian skirt. As an addition to its expansion into the Middle Eastern and, to a more subtle extent, Greek arenas, Turkey will see this as another opportunity to make itself a larger player overall and potentially establish more influence with its European/NATO neighbors.
Georgia, largely wise to stay at home during the fray, has had its own domestic problems. Ongoing parliamentary issues and a rising civil disobedience movement against counter-COVID measures stands to destabilize itself from within. While still maintaining a healthy foreign policy cocktail of the United States, European Union, and NATO, with an emphasis on Turkey, Georgia needs to turn inward to maintain any semblance of normality. Additionally, the issue of Russian occupation and illegal borderization is creeping its way to center stage yet again.
This trifecta of Western-backed Georgia, Russian-backed Armenia, and Turkish-backed Azerbaijan has made the South Caucasus potentially one of the more volatile regions outside of the usual suspect, the Middle East. However, due to the similarity in involved players and geography, the two of these will most likely be linked even more so than ever in modern history. China, focused on its Taiwanese, US, and domestic interests, has largely not played its hand for fear of further complicating its love/hate affair with Russia.
With each one of the three South Caucasus states becoming more monochromatic in their foreign policy relations, the distinct political polarity of the region rises. As this rises, the stakes do too, and the likelihood of a catalytic event setting the entire tinder box alight becomes a clearer and more terrifying reality. With Russia and Turkey likely remaining unmotivated in effective tension reduction measures, the US and EU will be left to mediate. However, as US domestic strife continues and EU politicking prevents any outside focus, it’s unlikely measurable progress can be made without a serious paradigm shift. This shift, and any plan to establish calm regionally, will most probably have to start in Tbilisi.