US: South Ossetia is Georgia, ‘Elections’ & ‘Referendum’ Cannot Change It 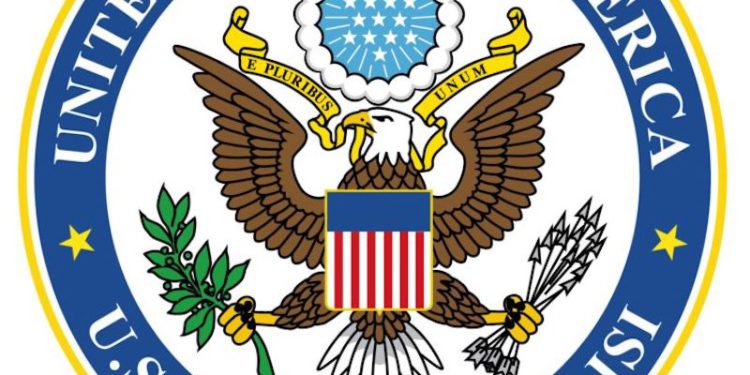 The US Embassy in Georgia states that the United States does not recognize the so-called April 10 presidential election in the Tskhinvali (‘South Ossetian’) region of Georgia and its results.

“The United States does not recognize the legitimacy of the so-called presidential elections held in Georgia’s South Ossetia region on April 10 and will not acknowledge their outcome. Our position on Abkhazia and South Ossetia remains clear: these regions are integral parts of Georgia. No “elections” or a priori illegitimate “referendum” calling for incorporation of South Ossetia into Russia can change this. Accordingly, we reiterate our strong support for Georgia’s sovereignty and territorial integrity within its internationally recognized borders.

“Russia’s brutal, unprovoked, and unjustified war deliberately attacking Ukrainian civilians and cities makes it even more important to stand up for these fundamental principles that are the foundation of the international security architecture.

“We therefore call upon Russia to immediately stop its war in Ukraine and its occupation of Georgia, and fulfill all of its obligations under the 2008 ceasefire agreement, including withdrawal of its forces to pre-conflict positions, reversal of its recognition of the Georgian regions of Abkhazia and South Ossetia as independent states, and provision of free access for humanitarian assistance to these regions,” reads the statement.

The de facto presidential elections are underway  in the Tskhinvali region, which is occupied by the Russian armed forces.

The Ministry of Foreign Affairs of Georgia says that “such provocative actions are aimed at legitimizing the illegal occupation of Georgian regions and ethnic cleansing of Georgians.”