US President Biden to be Tested as Russian Pipeline Resumes 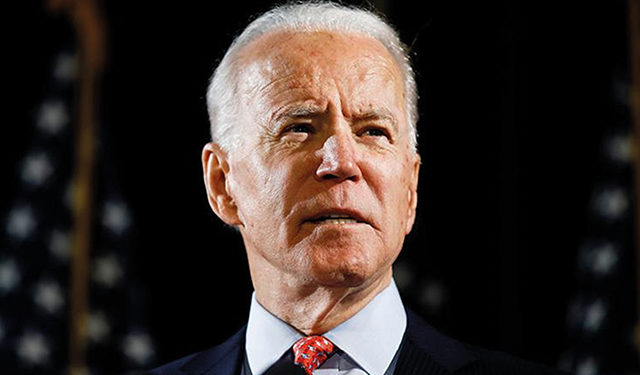 First in 2006, and then in 2009, Russia took advantage of its status as a sole supplier and cut off natural gas deliveries to Ukraine without any reason or explanation.” – Zbigniew Rau, Polish Foreign Minister, and Dmytro Kuleba, Ukrainian Foreign Minister

The development of the Nord Stream 2 pipeline slated to run into Germany from Russia has long been a hotly contested project. The gas pipeline has been Putin’s pet project since its inception in 2011, and has continually come up as an example of his ongoing subtle incursion into Europe. During the previous US administration, the pipeline construction was halted after strict sanctions were levied on any company involved in the construction, even leading to the possibility of trade restrictions being aimed at Germany itself. Now, only a few weeks into the new Biden administration, Putin has fast-tracked the construction process.

This makes the issue the first time Biden will be tested on his ability to stand against Putin and support those resisting Russian expansion. This expansion also marks a huge turning point in the counter-European strategy the Russians have been working on for decades. Currently, Russian gas has to go through Ukraine, but with the completion of Nord Stream 2 this cuts them out of the loop completely. The further ostracization of Ukraine is key in the Kremlin’s strategy to divide Europe.

One of Ukraine’s closest supporters in this matter has been Poland. In a joint piece in Politico, the foreign ministers of both Ukraine and Poland called on the US to tackle the issue as quickly as possible, stating,

“We call on US President Joe Biden to use all means at his disposal to prevent the project from being completed.”

It is no coincidence that the resumption of construction on the pipeline by the Russians began almost immediately after the US election. The Trump administration had been notoriously hard on the project, causing it to come to a grinding halt, and forcing virtually all stakeholders to abandon it. These actions left the Russian government and its state-owned gas giant Gazprom with no course forward.

While Biden has notably referred to the pipeline project as a “bad deal,” he has been virtually silent on the issue since taking office. This comes in the wake of the cancellation of the Keystone XL pipeline project, pushing the US away from gas independence. Altogether, this has put European leaders on edge as to whether the new administration has the ability to stand up to Russian interference.

Naturally, the implementation of the pipeline gives Putin the leverage he wants in the economic warfare against Europe. However, in the increasingly larger picture, it brings the resources into the fold for Russia to position itself as a puppet-master of all European and Western institutions. NATO will lose much of its bite when the gas reserves of the nations involved are at the whim of the enemy, and the European Union will suddenly have massive socio-economic considerations to weigh when passing any legislation involving Russia. And countries that aspire to join the union, including Georgia, will be faced with additional barriers to entry as Russia gets a say.

If Russia gets a seat at that table, the aspirations of the Georgians to unite with the West, at least formally, get pushed further from reality. In addition, Ukraine gets further distanced from its EU partners, and any measures of support from the West become far more difficult to realize. All Putin has to do is turn the lever on the pipeline to tighten the noose on Europe should they step out of line.

Despite a questionable history in foreign policy, Biden now has a chance to show his strength against the US’s long-time rival, and to reassure Europe. More locally for the Georgians, having the insurance policy of Western involvement pays dividends. With its own growing internal strife, the last thing needed is the additional burden of a reinvigorated Russian enemy and further distance from Europe.

As the pipeline nears its 90% completion stage, it is imperative for more action to be demanded of the Biden administration. This action has to be implemented fast and heavy-handed, as Putin is not known for his amiability and agreeability. Poland and Ukraine have leveled their demands for support, and now is time for Georgia to make it known that it is not asking for help: it is a demand for security, and a commitment to the Biden administration’s platform for unity.