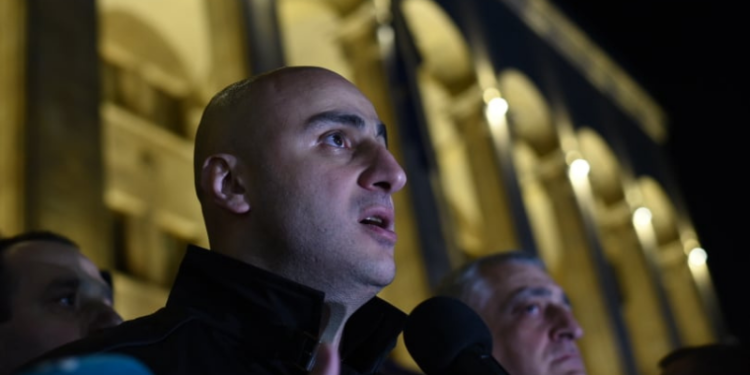 As Melia noted, the hunger strike will start on the territory of the central office of the National Movement on Kakheti Highway, where the relevant infrastructure has already been set up.

The chairman of the party also noted that he could not call on anyone to join the mass hunger strike, but “the more people who join, the sooner Mikheil Saakashvili will be released.”

“It is a difficult decision, but it is a constitutional right and a non-violent method.

“The whole world should see that we do not put up with the captivity of the third President of the country,” Melia said.

At the rally, the UNM Leader also welcomed the process of the national agreement initiated by President Salome Zurabishvili.

“I, together with my friends, respect and welcome personally the process of the national agreement initiated by the President, and we will do our part to play a positive role and contribute to this process if there is even the slightest chance of consent,” Melia said in his speech at the rally on Rustaveli Avenue.

He noted that confrontation is not good for anyone except the regime, and he will be personally involved in the national reconciliation process.

Related Story: Saakashvili on his 54th Birthday: My Choice is Clear – Death or Freedom