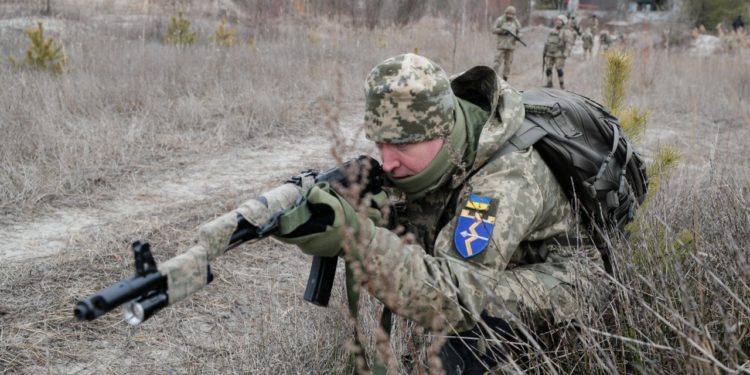 The Joint Operations Headquarters of Ukraine claims Russia has opened fire 136 times in Donbas in the last 24 hours, including 116 times with weapons banned by the Minsk agreement.

Reportedly, no civilians have been injured so far.

This information is also confirmed by the Russian side, however, it claims that those killed were members of a “sabotage group” and were planning a “terrorist attack.”

Western countries have been warning about the threat of the Russian invasion of Ukraine for several weeks, and on February 18, the US President said that Vladimir Putin had already decided to attack Ukraine. Official Moscow denies this.

On February 18, it was announced that Russian-backed separatist leaders, led by the self-proclaimed republics of Donetsk and Luhansk in eastern Ukraine, had begun evacuating part of the population.

On February 19, both separatist leaders declared full military readiness. They talked about “planned aggression” from Kyiv, which Ukraine denies.

At the same time, the Ukrainian military intelligence service says it has received information about the mining of infrastructure facilities in Donetsk. The agency says this is part of the preparation for a so-called “fake attack,” the purpose of which is to blame the opponent for the attack.