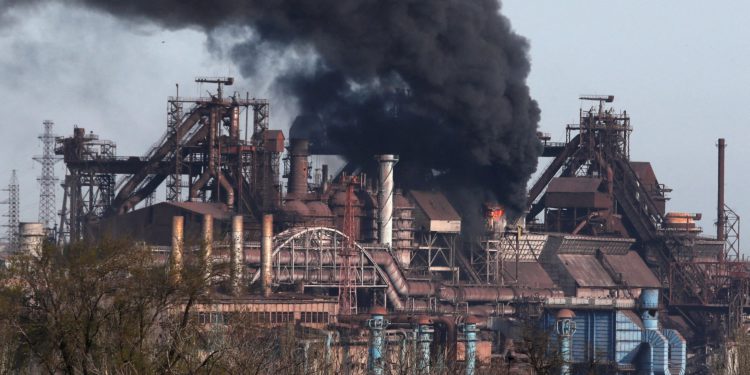 Russian forces were on Wednesday pounding a huge steel works in Mariupol where the southern Ukrainian city’s last defenders and some civilians are holed up, a local official said.

Petro Andryushchenko, an aide to the city mayor, said there had been no let-up in airstrikes on the Azovstal plant despite Russian President Vladimir Putin saying there was no need to storm it after declaring victory in Mariupol.

He added that street fighting continues on a part of the plant territory.

However, Andryushchenko said that no agreement was reached on Wednesday to try to evacuate the civilian population from Mariupol.

In Mariupol, on the territory of the Azovstal steel plant, hundreds of civilians and soldiers are holed up. Reportedly, about 500 people were injured. The Ukrainian government is asking the Russian side to ensure the opening of a humanitarian corridor from the factory.