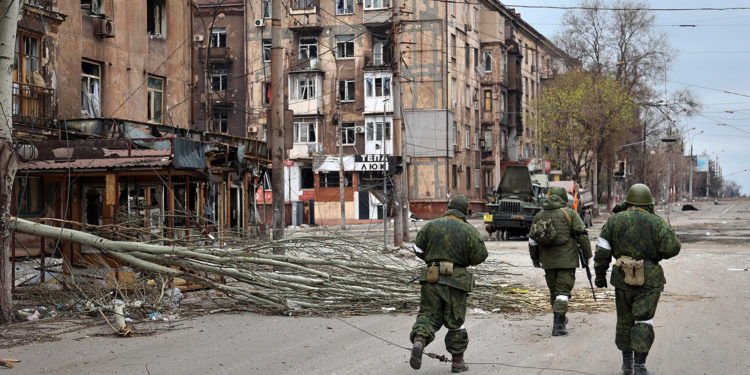 The coordinated resistance of the Ukrainian armed forces in Mariupol has become a serious challenge for the Russian military and has slowed down Russia’s advance, the British Ministry of Defense reports, citing intelligence data, says Sky News.

“Ukraine’s coordinated resistance has put the Russian army in a difficult situation and has slowed down Russia’s advance. Attempts by the Russians to capture Mariupol caused great damage to the local population. A large amount of infrastructure has been destroyed and the population has suffered significant losses,” the statement said.

British intelligence says the occupation of targets of settlements near Mariupol is similar to what Russia did in 1999 in Chechnya and in 2016 in Syria.

“This is despite the fact that the Russian Ministry of Defense announced on February 24, 2022, that Russia will not strike cities and will not threaten the people of Ukraine,” the British intelligence service said.

He also noted that so far the Russian occupiers have repeatedly stated that the city has been taken, which has not yet happened.

“Mariupol is a monument and an example of the heroism of our people and soldiers. The fall of the city has been talked about for a long time – the Russians first claimed that the city had already been captured, then said that its capture was inevitable, but, as you can see, it has not worked for more than a month,” Budanov said.

The head of the main intelligence division also said that Mariupol would endure and not fall.

Budanov is also convinced that “at some point, the Ukrainian army will be able to break the blockade.”

Russia called on Ukrainian soldiers in Mariupol to lay down their arms and surrender, which the Ukrainians refused.

For reference, the President of Ukraine, Volodymyr Zelensky, has said that if Russia destroys the Ukrainian military in Mariupol, peace talks with Russia will become impossible.