Turkey, Russia and the South Caucasus 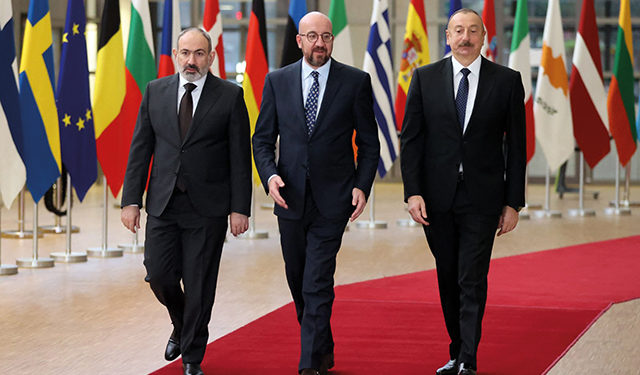 Overshadowed by Russia’s invasion of Ukraine, the South Caucasus is witnessing huge developments which could potentially decrease tensions between Armenia on the one hand and Turkey and Azerbaijan on the other. The process might also critically affect Russia’s position in the region and may even give some momentum to the West’s ambivalent policy.

Historical rivals, Armenia and Azerbaijan, are edging closer to a comprehensive agreement on solving fundamental issues which have hampered rapprochement for at least three decades.

The process now revolves around major Azerbaijanis’ proposals for a peace deal, including the recognition of each other’s territorial integrity. This would require Armenian acceptance that Nagorno-Karabakh is part of Azerbaijan, the cause of wars in 1992-94 and in 2020. If signed, this would amount to a revolutionary change from the traditional Armenian position.

The Armenian leadership’s overall response was positive, though it will seek additional stipulations. Among these will be acceptance by Azerbaijan of a wide range of cultural rights for Armenians, perhaps including officially recognized autonomy. Though the Azerbaijanis are unlikely to agree to this, lesser demands on cultural rights are indeed possible.

This Armenian position builds on earlier, somewhat ambivalent statements and bilateral meetings with Azerbaijani leaders carefully indicating that the country might be willing to change its traditional policy. This amounts to a profound, though deeply painful realization by the Armenian leadership that the balance of power has irrevocably shifted, and not in Armenia’s favor.

The alternative to a deal is a policy of open, long-term revanchism. But there are significant gains to be had from a deal. Establishing positive ties with Azerbaijan could end Armenia’s economic isolation and would likely feed similar positive developments in Turkey ties. After 30 years of hostility, an improvement with its large western neighbor would lead to the eventual re-establishment of diplomacy to the allure of improved economic ties. The pay-off could be significant: Armenian goods would have a better and shorter route to European markets, and vice versa.

The changes could also pave the way for region-wide changes. In the longer-term, Armenia’s northward dependence on Russia would gradually be diluted. The east-west economic ties would be at least as powerful as those on its current north-south trade axis.

This would not mean an end to Russian influence and importance, but it would create a more even redistribution of power, whereby the Kremlin would lose its preponderant position. Turkey could become as influential as Russia – a notable shift from the era of exclusivity.

The geopolitics of the South Caucasus are shifting. There is greater competition for influence, with powers contesting if not for primacy, then for a more even distribution of influence. Turkey and to a lesser degree Iran, see the region as a natural historical hinterland. And historical legacies continue to shape the policies of these former imperial powers.

Furthermore, trade and transport patterns are also likely to change. The routes through Georgia will no longer serve as the only solution. For Turkey, options to reach the Caspian Sea will multiply, and possibly open the way to securing critical energy sources for its economy from gas producers around the sea.

These developments are not in any way a dagger aimed at Russia, but they should feel uncomfortable. Its position in the region is increasingly reliant on the military element, through garrisons in all the three South Caucasus countries. Distracted they may be by the so-far unsuccessful war in Ukraine, President Putin and his aides still possess some tools to derail peace prospects.

But Russia may nonetheless reap what it has sowed in the South Caucasus. If it is no longer the security guarantor for Armenia (it did precious little to help in the 2020 war) and it is no longer the best outlet for trade, then why have Russian troops in Armenia at all? And why would Azerbaijan continue to accept Russian peacekeepers on its territory?

This is an unenviable situation for the Kremlin. It is waging a major war to secure the illusion of a “near abroad” beholden to its wishes, and while its back is turned, other borderland countries are thinking about how to ease its grip over their futures. If anything was needed to show the futility of Russia’s approach to its immediate neighborhood, the South Caucasus would be the prime example.