Trouble in the Neighborhood: Watching the North Caucasus 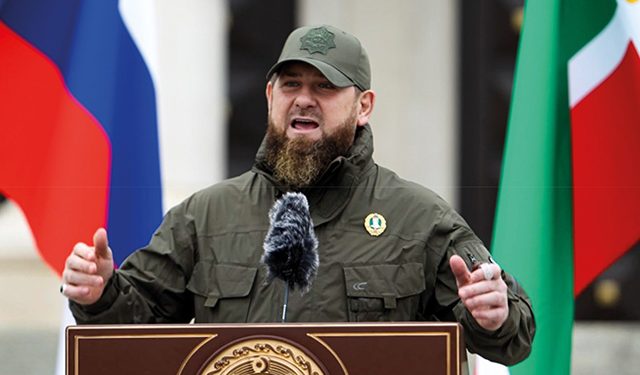 Following its historical traditions, the Caucasus region continues to be a flashpoint of conflicting interests and cultures. On the southern side, Georgia has had its qualms with its northern neighbor. On the northern side, the multitude of regions still clash with the Russian Federation, despite being subjects to the Kremlin.

Chechnya, Dagestan, Ingushetia, and North Ossetia-Alania comprise only a part of the more tumultuous areas Russia has attempted, and arguably still does attempt, to subjugate. This region’s most famous figure is the head of the Chechen Republic, Ramzan Kadyrov. The boisterous and domineering leader leads a multifaceted life, one he has not been shy to put on display on social media.

Despite flaunting exotic cars, an opulent lifestyle, and lavish parties complete with Western celebrity visits, his family and people’s roots come from centuries of anti-Russian sentiment. While Kadyrov also promulgates an image of devout conservatism and a commitment to Islam, he also broadcasts a strong man persona. Images abound of him with rifles and machine guns, armored cars, and selfies with members of his elite personal guard clad in the latest military kit.

In a recent video, the leader of Chechnya said he would be taking a “long and indefinite vacation” due to his lengthy time in public service. Shortly after this, he posted a reply saying that not only was it not appropriate to take personal time, but that all his followers should be committed to the cause in Ukraine.

While referring to Ukraine and her Western supporters as “global satanism,” he claims “several thousand more determined volunteers and elite fighters are preparing to be sent to help the advancing allied forces.”

Kadyrov is best known in Western military expert and analyst circles as one who often uses his widely followed social media presence as a form of information warfare. This latest stunt is likely a move to cultivate support and draw attention. Since the region has had its history of being a problem for Moscow, it is Kadyrov who is responsible for any dissent.

Another recent video released shows the dissent that could be brewing on the northern side of the Greater Caucasus Mountains. A Chechen anti-Russian movement has reportedly begun in the region. A video shows several members, clad in combat gear and brandishing Kalashnikov-series rifles, set fire to a Russian flag while holding up the flag of the Chechen Republic of Ichkeria.

In their video, they declare war on Kaydrov’s “godless regime” and call on all people to rise up against his pro-Putin government. In addition to saying that they have the means, arms, and people to support this movement, they say that much of Kadyrov’s proverbial dirty laundry will be aired “soon.” While claims like this are made almost routinely in this contentious region, this is the largest and most credible in recent years. “Kadyrov, the time that you were afraid of has come. Freedom to Ichkeria!,” the group exclaims while concluding their video.

This shadowy group, calling themselves the “Sons of Ichkeria,” is not totally alone. The video has been released with narration and follow-on videos from Islam Belokiyev. Belokiyev is the spokesman for the Sheikh Mansur Battalion, a much better known unit of Chechens fighting in the Ukrainian Armed Forces against Russia, mostly in the eastern Donbas region.

While no direct connection between the Sons of Ichkeria and the military authorities in Kyiv has been established, the two share a similar identity. According to Belokiyev, they have been “conducting military training, the purpose of which is the de-occupation, decolonization, and subsequent denuclearization of the Russian Empire.” Additionally, he says, now is the time to strike at Russia, calling them weak and vulnerable.

“Right now, Russia is very weak and has stretched its forces … so we are closely monitoring the situation in Ukraine with the aim of rocking the Caucasian front. We will act when and where we want to,” he claims in his statement. Elaborating, Belokiyev says the militant group in the North Caucasus is preparing arms, organizing assault groups, and preparing for the operation they have called “Lightning in the Mountains.”

This development gives context for Kadyrov’s series of videos. As a propaganda move to motivate people to feel more sympathetic to the leader and rekindle their fervor against the opposition, it works as a galvanization of his power. This power is in a region that Moscow knows is held because Kadyrov is on the Kremlin’s payroll, a number some say is in the hundreds of millions of dollars.

As a result of this leverage, it’s highly likely that Kadyrov knows he has this over the head of Vladimir Putin. Not wanting any military divergences from their “special military operation” in Ukraine, Putin is unlikely to act too rashly with Kadyrov. The Chechen leader will be free to act as he pleases, and if a popular front arises in his region, use the brutal repression techniques he is infamous for upon the Sons of Ichkeria.

This immense potential for instability in the North Caucasus puts Georgia in a peculiar position. While being involved isn’t a notion, preventing the spill-over of hostilities and violence is paramount. Tbilisi and the nation’s security forces will need to reckon with the potential of not only militants using the remote mountain regions as a resupply area and safe route to travel, but also a potential source of recruits.

Similar to the past issues with militant elements in the northeast of the country, Georgia’s counterterror and police units should exercise area denial operations ahead of any potential outbreak of hostilities. The North Caucasus, while a geo-ethnic partner to the nation, is also a potential powder keg and southern front as popular support for Russia’s invasion of Ukraine diminishes.