To Secede or Not to Secede? 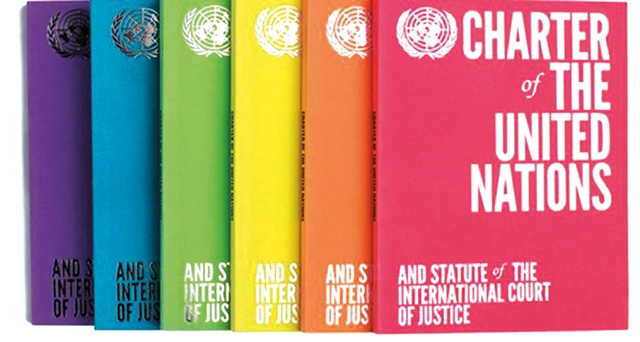 The choice between the self-determination of a group of people and the territorial integrity of the state has arguably been among the oldest false dichotomies of international law and politics. Being absent from the world’s agenda for quite a while, the controversial topic blatantly re-emerged on the geopolitical surface at the beginning of the 20th century. The US President and former professor of political science Woodrow Wilson is widely credited to be the one who resuscitated the right to self-determination. He suggested that it would be a good indicator for recognizing the democratic consent of smaller nations, by a series of plebiscites in the territories, whose fates remained unknown after the fall of the Ottoman and Austro-Hungarian empires. The concept of self-determination subsequently continued to evolve and grow on the international stage through the period of decolonization, and has since been the source of a persistent controversy concerned with the idea of territorial integrity.

In the modern days, numerous conflicts have derived from territorial disputes and are justified by the right of the people to self-determination. In the array of examples, among them Kosovo, Transistria, Crimea, and the recently trending case of Nagorno-Karabakh, people are trying to justify their wish to secede, relying on this right. This principle, however, has multiple problems, due to the given concept of self-determination being often abused due to uncertainty of the international law.

Speaking of international law, the principle of self-determination was accepted by the Atlantic Charter in 1941, and after few years was introduced in the UN Charter. Pursuant to Article 1(2) of the 1945 UN Charter, the main purpose of the UN is “to develop friendly relations among nations based on respect for the principle of equal rights and self-determination of peoples, and to take other appropriate measures to strengthen universal peace”. To the detriment of the Charter, there is no clarification of the context for self-determination, thus it can be interpreted as a right of the people to full independence, autonomy, federation state, full assimilation or protection.

Furthermore, there is no explanation as to how the decision on self-determination should be made, and there are no provisions present with regards to the enforcement mechanism for this right. The Charter also mentions the concept of nation on many occasions, but does not define what factors actually constitute a nation. In addition to this, Article 1(1) of the International Covenant on Civil and Political Rights states that “all peoples have the right to self-determination. By virtue of that right, they freely determine their political status and freely pursue their economic, social and cultural development”. Once again, the lack of definition of peoples acts in detriment to the understanding of the given provision.

The given principle of self-determination offered by the UN Charter clashes with the notion of territorial integrity offered by the same body. According to Article 2(4) of the UN Charter Article, that emphasizes the importance of territorial integrity, “all members shall refrain in their international relations from the threat or use of force against the territorial integrity or political independence of any state, or in any other manner inconsistent with the Purposes of the United Nations”. The given principle is considered as a cornerstone for international security and stability, which is arguably in confrontation with the principle of self-determination, that by virtue involves secession from the state.

Therefore, we come to terms with a reality where the international documents highlight the importance of the principle of self-determination and territorial integrity in arguably equal scale. To raise concerns even more, the international instruments do not explicitly determine whether secessions are legal or not. This for some might advocate for the claim that everything that is not prohibited is in fact legal. This line of thought is arguably a direct cause of the frequent international instability and primary threat to territorial integrity.

As discussed above, the paradoxically contradicting principles have both been arguably enshrined in international law, creating ambiguity in determining which claim is the superior in terms of legitimacy. Thus, this dilemma is often very convenient from a political point of view. It provides states with the opportunity, as professor Theodore Christakis describes, to “ride two horses at the same time”. In reality, this translates into states sometimes embracing the self-determination of some groups, while proclaiming that the principle of territorial integrity prevails at home or in the territory of friends and allies.

This “two horse” principle is well illustrated in the case of Crimea. Russia has, for a prolonged period, been a prominent advocate of the principle of respect for territorial integrity. This was especially visible in the 1990s when confronting the separatist attempts in Tatarstan and Chechnya. Contrary to the firm stance it took in the 1990s, Russia resorted to claiming that the principle of self-determination of Russian speaking populations in Crimea prevails over the territorial integrity of Ukraine. In 1995, the Russian government even took the initiative to submit to the Heads of State of the Commonwealth of Independent States (CIS) a “Memorandum on the Maintenance of Peace and Stability in the CIS”. In this document, Russia, Ukraine and the remaining CIS States declare, among others, that they “shall […] take measures to put a stop to any manifestation of separatism” and “bind themselves not to support separatist movements and separatist regimes in the territory of other States members if they arise”.

Fast-forward to the future: Russia’s official position in relation to secession has arguably undergone significant changes. This is well illustrated by the fact that in 2008, Russia put forward, for the first time to our knowledge, the theory of “remedial secession” in order to justify its decision to recognize Abkhazia and South Ossetia.

Interestingly, Professor of International Law Marcelo Kohen highlights the equilibrium in terms of the double standards applied by both camps, Russia and its counterparts on the other side of the “iron curtain”. He underlines that the Western states have been actively promoting the break-up of states and imposing a culture of force in international relations, thus weakening the framework of international law and the system of collective security. He brings the examples such as the support towards the secession of South Sudan and Kosovo as few of many more.

Examining the historical experience, as well as at the international legal framework, one might conclude that secession is in fact not prohibited by international law and is quite easily applicable in the current geopolitical realities. This in fact stresses the bigger importance of at least an adequate theory or simply a theoretical guideline, that should be relied upon while analyzing the supposed superiority of the self-determination of a group of people over the territorial sovereignty of the state.

Allen Buchanan, one of the most prominent scholars amongst the theorists of secession, offers a very pertinent theory for this context. He believes that only one type of theory can approve the idea of unilateral right to secede, the “Remedial Right Only Theory”. According to it, the right to separate is a right to a remedy of last resort, against serious and persistent injustices. Provided that the injustices are severe, the right of the territorial integrity can be evaded.

Further according to his theory, the right of self-determination can be granted to various cultural groups under certain conditions. Buchanan does not merely grant more importance or credit to the groups simply based on a nationality, religion, linguistics or ideologies; he emphasizes that secession is justified only if a certain group needs to protect itself from obliteration. He used the Kurdish case as an example to illustrate his argument for the Remedial Right Only Theory. The second argument of Buchanan’s justification for separation is if the group of people needs to protect itself against internal colonialism or regional exploitation. His third justification addresses instances in which the group recovers a territory that was illegally taken from them, such as the Baltic States, which were previously annexed by the USSR.

Wolfgang F. Danspeckgruber is yet another expert that does not see the straightforward denial of the right to self-determination as the answer to stability and peace. As he elaborates, such a rigid policy will merely increase the likelihood of conflict escalation. Danspeckgruber, who is a founding director of the Liechtenstein Institute on Self-Determination at Princeton University, states that the struggle for self-determination is seldom a zero-sum game between the group and the center, but rather a more global matter. He continues that since the recognition of new countries has become quite rare, there is a need to redesign the international system to support the clarification and understanding of the provisions that deem self-determination possible. This in fact is in line with Buchanan’s theory, since he also advocates for the importance of redesigning international law on self-determination, and actively promotes other alternatives to secession, such as autonomy.

To sum up, it could be concluded that the principle of territorial integrity is in general prevailing the right of the people to external self-determination, despite the later not being a rare occurrence. However, the aforesaid lack of clarity in the international legal framework and the un-uniform geographical outcomes of often very similar cases might envisage certain changes in the international law or even the introduction of a new governing institution in the future.